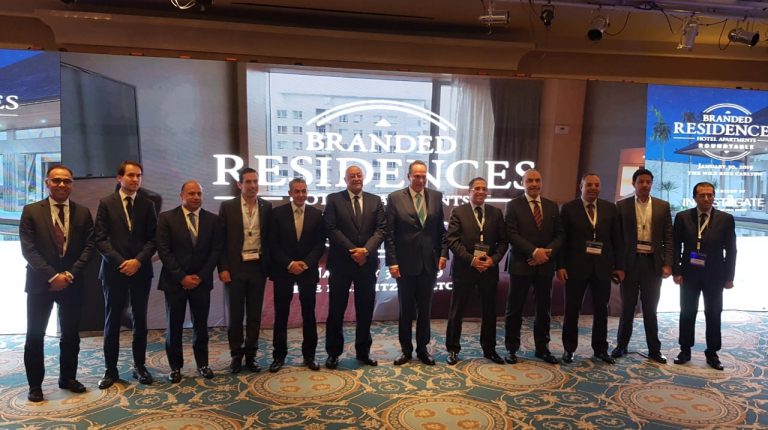 The Ministry of Housing aims to achieve a total $4bn of real estate export within three years, Deputy Minister of Housing for National Projects, Khaled Abbas, said on Wednesday.

He added that the Egyptian real estate export requires more effort and developed mechanisms, revealing that the ministry will participate in the world’s leading property market, MIPIM 2019 in France for four years. The ministry’s first official participation in the exhibition will be next March.

Abbas elaborated that semi-finished units cannot be exported as they are not suitable for the target customers, adding that the ministry agreed with one of the largest real estate brands to manage a hotel in New Alamein City under the new mechanism.

During a round table on branded residences organised by Invest-Gate on Wednesday, Shoukry pointed out that service apartment revenues in Britain reached £500m recently up to £100m in 2010, while they hit €300m in Germany from €25m in 2010.

He noted that service apartments accounts for only 4% all over the world, stressing that the New Cairo and New Administrative Capital are the most attractive areas in Egypt for such apartments.

Additionally, Shoukry stressed that the competition between branded residences will be strong in the coming period, explaining that the service apartments are those leased for less than 90 days.

Chairperson of First Group for Real Estate Investment, Bashir Mostafa, said the branded residences in Egypt has a set of elements that make them able to provide distinct service apartments, especially that Egypt has many tourist attraction areas nationwide.

Mostafa added that the private sector’s role in developing this sector is to provide fully finished units, pointing out that the state has an important promoting role as many countries do not know about Egypt, as well as expansion in granting tourist licenses.

As for the proposed areas for building these units, Mostafa pointed out that Ain Sokhna enjoys a high demand, especially after the recent national projects in this area, besides El-Galala Plateau tourism project.

Moreover, North Coast is also a very wonderful place, but lacks attraction areas that encourage high occupancy rates throughout the year, he explained.