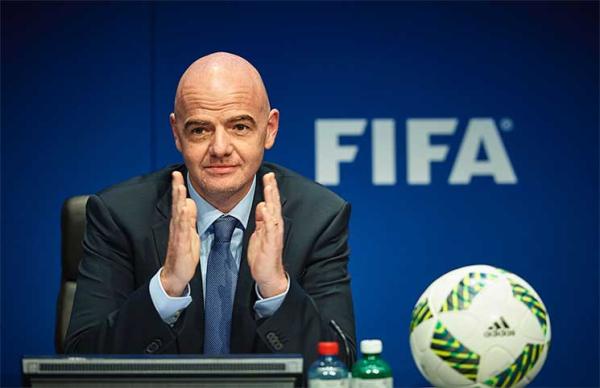 Gianni Infantino, the president of FIFA, said that negotiations are taking place to consider whether or not Kuwait will be hosting some of the 2022 FIFA World Cup matches.

He said that Asia will have eight seats and a half in the case the number of the World Cup’s teams increase.

Infantino was recently in Kuwait and expressed his happiness with a league for women for the first time in Kuwait, noting that this is important for the global female football.

Earlier, Kuwait announced that in case the Kuwait Football Association is officially addressed by the FIFA or the Qatari Football Federation about the possibility of hosting some matches of the upcoming World Cup, it will welcome the step.