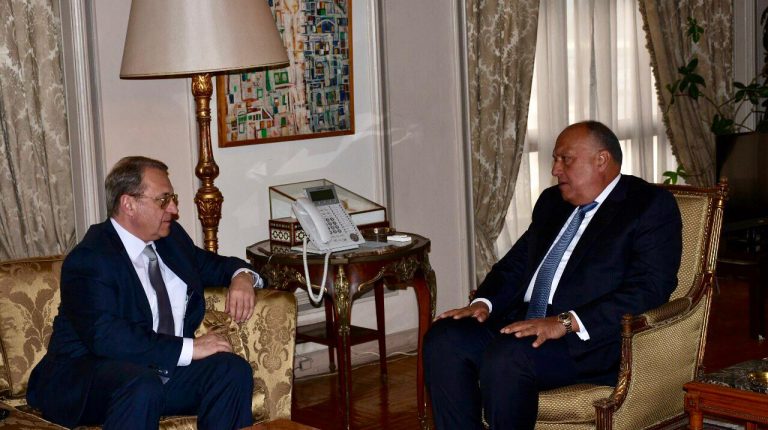 The Minister of Foreign Affairs, Sameh Shoukry, will participate with his Arab counterparts in a joint meeting hosted by Jordan on Thursday morning, according to a statement by the Foreign Ministry’s spokesperson, Ahmed Hafez.

The meeting will address numerous regional issues of mutual concern, as well as boosting coordination between the participant countries to face current challenges in the Middle East, Hafez added.

On Tuesday, Shoukry met with the Russian President’s Special Representative for the Middle East and Africa, Mikhail Bogdanov, during his visit to Egypt.

Both officials exchanged views on the regional updates, particularly the situation in Syria and Libya. Shoukry stressed Egypt’s position towards the different challenges in the region, vowing to exert more efforts to maintain unity and sovereignty of the Arab states, and finding political solutions to the region’s crises.

The meeting also discussed the updates of the Palestinian cause, as Shoukry asserted the necessity of reaching a Palestinian internal reconciliation. Bogdanov expressed Russia’s support for the Egyptian efforts for achieving this reconciliation.

He stressed also his country support to the legitimate rights of the Palestinians and efforts for reaching a comprehensive and fair peace agreement with Israel based on the two state solution.