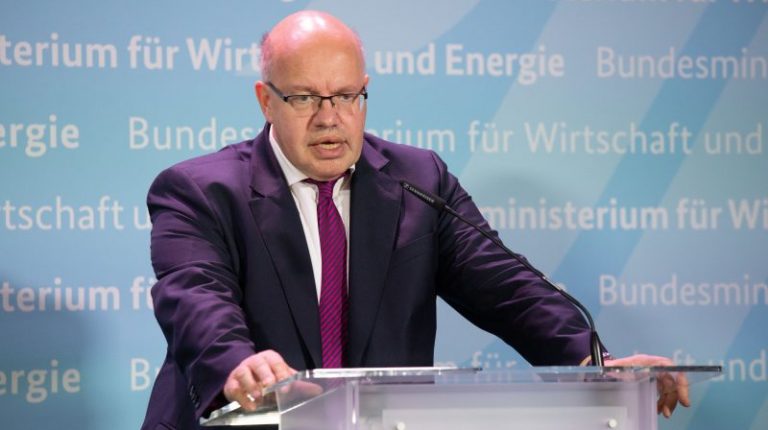 The Federal Minister for Economic Affairs and Energy, Peter Altmaier, is visiting Egypt from 2 to 4 February, accompanied by an economic and a parliamentary delegation, according to a press statement on Thursday.

The German embassy in Cairo said that the visit aims to witness the progress of Egypt’s economic reform programme, as well as to deepen the economic relations between the two countries.

Moreover, Altmaier and the Egyptian Minister of Trade and Industry, Amr Nassar, will inaugurate the fifth session of the joint economic committee which will be held on 4 February.

In his first visit to Egypt, Altmaier will hold meetings with President Abdel Fattah Al Sisi, and with the Prime Minister, Mostafa Madbouly, as well as with other ministers from the Egyptian government.

During his visit, the German minister will visit the ‘Nativity of Christ’ Cathedral, Al Fattah Al Alim Mosque, and the power station set up by Siemens at the New Administrative Capital.

Additionally, he will attend the groundbreaking ceremony for the German University, and will meet with representatives of civil society in Egypt.

Commenting on Altmaier’s visit, the German ambassador to Cairo, Julius Georg Luy, said, “The visit of Altmaier reflects Germany’s great interest in Egypt as an important economic partner. It also provides an excellent opportunity to develop economic relations and discuss the progress of the ambitious economic reforms of the Egyptian government.”

Furthermore, the ambassador noted that Egypt has taken fundamental and bold reform decisions, and now faces the challenge of continuing to undertake major structural reforms in order to continue its efforts to achieve sustainable development through reforming the economy under difficult conditions.

Germany is one of Egypt’s closest economic partners. In 2018, it was Egypt’s biggest European trading partner, with a trade volume of about $6bn. Furthermore, Germany supports Egypt’s economic reforms under the International Monetary Fund’s package, and through bilateral loans worth $500m (€450m). In addition, Germans make up the highest number of foreign tourists visiting Egypt.

Kate Connolly: How Brexit turned her world upside down