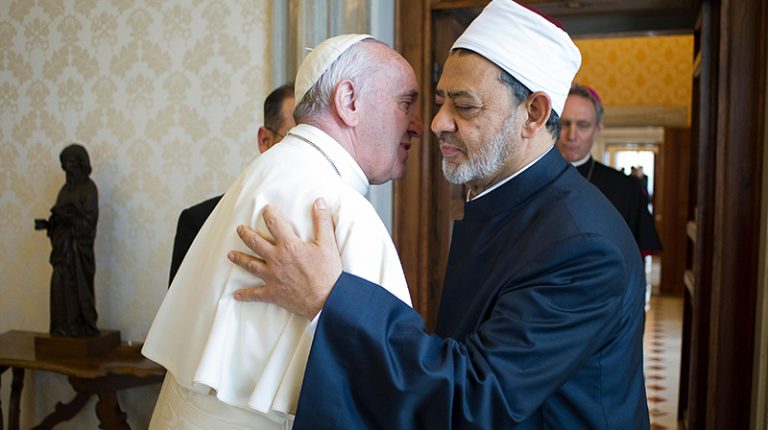 The Grand Imam of Al-Azhar, Ahmed Al-Tayeb, headed on Sunday to Abu Dhabi, the UAE, to hold a historic meeting with Pope Francis, a part of the UAE’s Year of Tolerance, 2019.

Al-Tayeb is visiting the UAE at the invitation of the Crown Prince of Abu Dhabi, Mohammed bin Zayed Al Nahyan. Furthermore, Pope Francis’ visit to the UAE marks the first papal visit to the Arabian Peninsula.

On the sidelines of the call, a global conference is set to be held entitled, “Meeting of Human Brotherhood,” on 3 and 4 February. The conference hosts high-level religious scholars and leaders from around the world.

The UAE announced 2019 as the Year of Tolerance aimed to encourage holding dialogues between people of different religions.

Pope Francis will arrive in Abu Dabi late on Sunday. Next Tuesday, he is set to lead a Holy Mass and about 135,000 people are expected to attend the event. The Pope will visit Abu Dhabi, the headquarters of the Catholic Church’s Apostolic Vicariate of Southern Arabia.