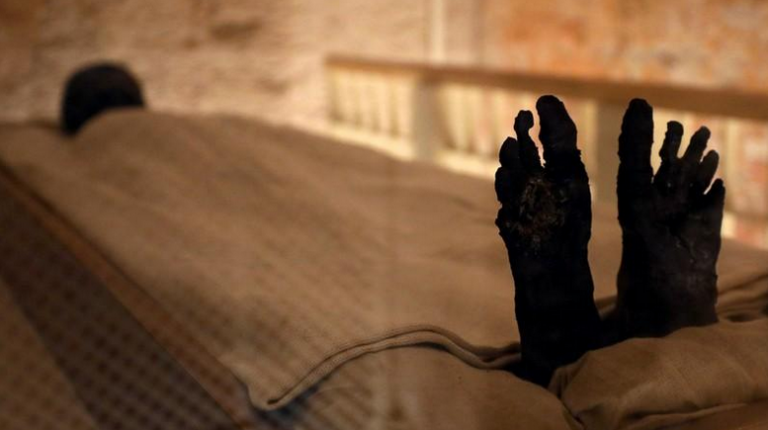 As the world passionately follows the relics of the most famous pharaoh, Tutankhamun, while roaming European countries through a temporary exhibition, the young king’s tomb is attracting more attention in its homeland. Almost a decade after it saw the light, the burial chamber of Tutankhamun was reopened for the public in the Valley of the Kings at Luxor. 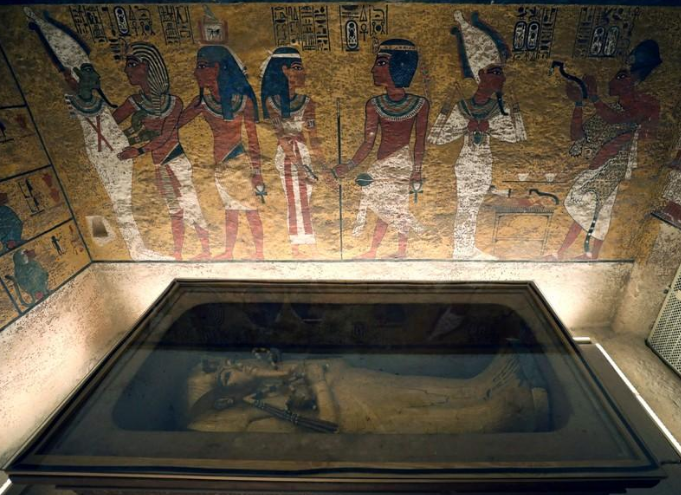 The tomb was reopened after intensive restoration work by the ministry of antiquities and the Getty Conservation Institute. The renovated tomb welcomes people in a safer and brighter appearance after it was severely affected by humidity.

The burial chamber was closed in 2009 with plans to undergo restoration for five years. Nonetheless, due to the unstable political scene which took place in Egypt in 2011, the opening of the tomb was delayed.

Visitors get to see the mummy of the young king, buried in the tomb over 3,000 years ago. The restoration process included cleaning the murals depicting scenes of the young boy’s life as a ruler, and various other events of his life. Inserting an air filtration and ventilation system into the tomb were also a part of renovating the tomb which was closed due to its severely bad condition.

“It is an incredibly precious object, so it was a very stressful time to safely move the mummy,” Neville Agnew, communications director of the Los Angeles-based Getty Conservation Institute, which led the work, told Reuters.

“It was terrifying,” he said of the operation to lift the mummy and its 250 kg (550-pound) case and carrying it from the tomb by hand. “Twelve men, chanting and carrying it up the ramp. I said: if one slips, it will slide and will kill somebody. They said: ‘Don’t worry’”, according to Reuters.

The colours of the paintings were previously unclear, and almost faint due to the humidity and dust. Since the small, four-roomed tomb and its famous golden burial mask were discovered in 1922 by British archaeologist Howard Carter, observers have noted strange brown spots marring the lavish wall paintings. 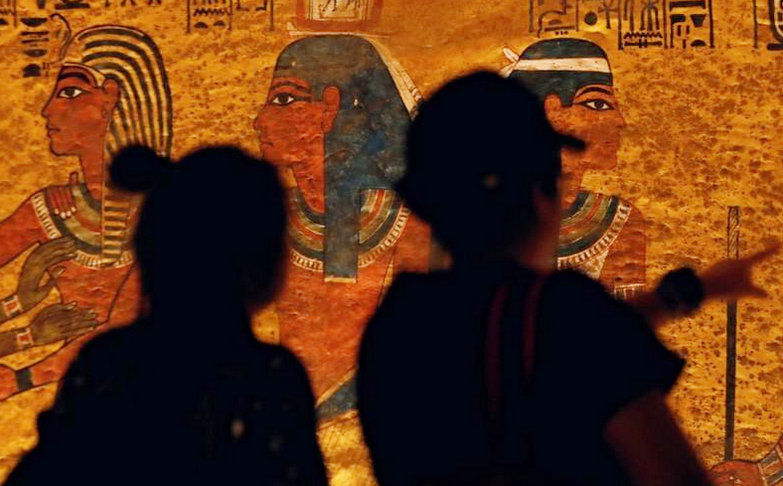 Specialists said that the paintings were affected from the carbon dioxide produced by large number of visitors.

Hussein Shaboury, an arts professor at Alexandria University told Reuters that the tomb’s bad condition reached a point of finding it hard to breath inside.

“We had to change this and create a method by which fresh air enters the tomb, and air is circulated in a way where all the air in the tomb is changed in 30 minutes,” he said.

Over 5,000 relics belonging to the young king were unearthed along with his mummy, most of them were never displayed to the public before.

Only 1,800 artefacts from Tutankhamun’s belongings were showcased at the Egyptian Museum, and the rest will be on display at the Grand Egyptian Museum (GEM). So far, 4,500 of the tomb’s antiquities were transferred to the GEM.

One hundred and sixty-six of Tutankhamun’s belongings will travel throughout seven European countries in 2019. The temporary exhibition named King Tut: Treasures of the Golden Pharaoh, will visit 10 cities in several countries including Japan, the UK, Australia, and South Korea.