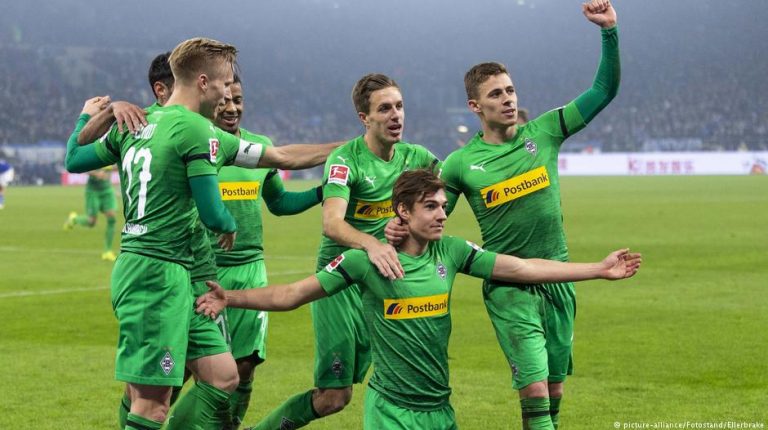 With all the attention on Borussia Dortmund and Bayern Munich, the league has neglected the side currently in second. Borussia Mönchengladbach are enjoying a sensational season — but no one is talking about them.There's a saying: 'When two people quarrel, a third rejoices.' While Bayern Munich enter their umpteenth crisis and Borussia Dortmund try to figure out how they feel after a draw in Frankfurt, Borussia Mönchengladbach are quietly smiling at how well their season is going.

Contrary to Uli Hoeness' opinion, Gladbach are second in the Bundesliga. They have 42 points, the same as Bayern Munich, and the joint-best defense in the league. Shades of red and yellow have always been an easier sell for the Bundesliga, but the grey and black of Gladbach deserves more recognition.

Finishing ninth in the last two seasons has probably made Gladbach easier to dimiss. Inconsistent, short of quality, coached by a 54-year-old who doesn't belong to the league's wave of young coaching talent – the headlines are familiar and predictable. Where are the good headlines now that Gladbach are doing so well?

Why are the goalkeeping discussions not about Yann Sommer, a man who has 10 clean sheets this season — four more than Roman Bürki and Manuel Neuer. In an era of tactical obsession, why is more not being made of Gladbach's defense, one largely made up of solid but unspectacular Bundesliga players but is an unpenetrable unit as a collective.

Why is there not more room in the attacking arenas of this world for Alassane Plea and Thorgan Hazard? With transfer fees further from representing value than ever before, why is not more appreciation being given to Max Eberl? And with the football world drunk on believing that young head coaches are the only way forward, there should be more time given to the work Dieter Hecking has done with this Gladbach side.

Gladbach are a club steeped in history. They were one of the best teams of the 1970s, had one of the greatest flair players in German history in Günter Netzer and were coached by some of the most legendary coaches in the country. But now it's time to appreciate their present. This team could win the Bundesliga, and might even beat Dortmund on the final day to do it. Maybe then they'd get the appreciation their play merits. But only maybe.