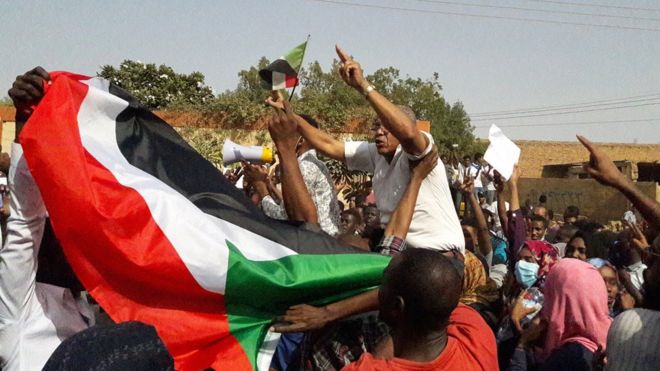 Sudanese Prime Minister, Moataz Moussa, described on Saturday the protests which erupted recently in the country against the deterioration of public services and price hike as “legitimate”. He added that his government is looking into the protesters’ demands with an “open mind”.

He stressed that Sudan will witness a free and impartial presidential election next year, and his government is working on this.

During a press conference, Moussa said that he is not accusing any of the protestors with betrayal, but “they are Sudanese youth who have rights, whatever their political orientations are.”

He warned that any political change away from the election will pose a real threat to the country. He added that his government is working on solving the country’s economic issues, promising that the foreign currency’s shortage in Sudan will end by next month.

Moreover, Moussa cited South Sudan’s independence in 2011 as the reason for the current economic crisis, adding that Sudan lost about three quarters of its oil reserves.

Since 19 December 2018, Sudan has been witnessing mass protests against the bread price hikes, then adopted political demands, mainly the resignation of the Sudanese President, Omar Al-Bashir, who came to power about 30 years ago. Almost 40 protesters were killed since the beginning of the demonstrations.