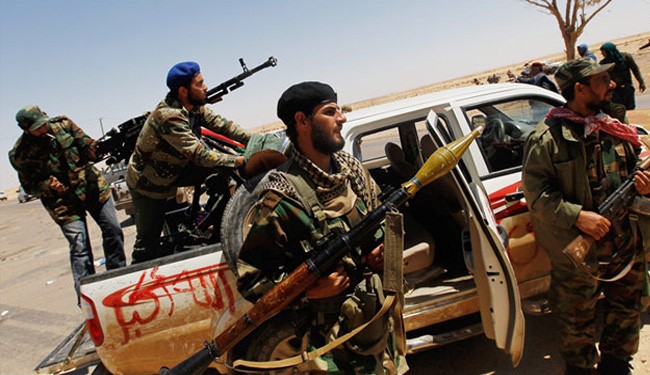 From the Kalashnikov and FN to RBG, thermal rockets and Kornet missiles that caused the death of dozens of Egyptian security men in Sinai over the years .All of this comes from one point: Al Jaghbub oasis.

Al Jaghbub oasis is located in south eastern Libya and is characterised by lakes which add an aesthetic dimension to it with the water in the middle of the desert. It is also a religious and tourist hub. It was established in 1851 as a religious centre with a long history of spreading Islam. Many Libyan Mujaheden came from it, including Ahmed Al Sharif and Omar Al Mukhtar.

Since its establishment, it has been a centre for the reform movement by Sheikh Mohamed bun Ali Al Senousi.

Until 6 December 1925, Al Jaghbub was affiliated to the Egyptian state until an agreement was signed, resulting in the Italian troops leaving Egypt’s Siwa oasis in exchange for Egypt leaving the Jaghbub oasis. 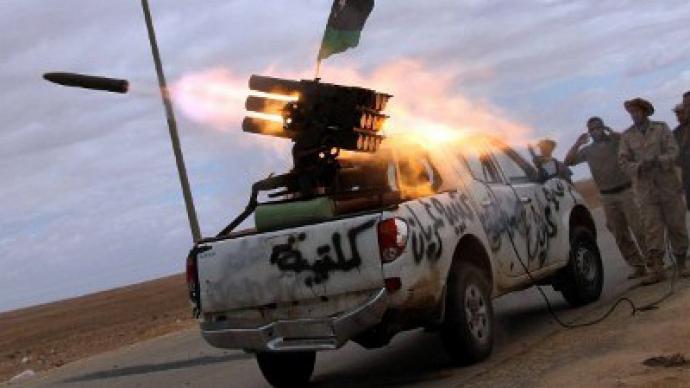 After the killing of Mummar Gaddafi, Al Jaghbub saw the movement of a large amount of heavy and medium weapons into Egyptian lands through Siwa. The quiet city then turned into a storehouse of weapons during the rule of Gaddafi, then witnessed a flow of weapons from  NATO, followed by the line of Turkish supply which was caught many times including one time by Egyptian customs in Misurata port. A similar shipment was found three weeks ago and there was an assassination attempt against the investigation officer, Tarek Zoeriqeit, in the case of the Turkish weapons, which made the Libyan army give direct warnings in a TV interview to General Ahmed Al Mosmary.

Since Muammar Gaddafi died, and according to the statements of several security sources, large amounts of Libyan weapons were smuggled through Al Jaghbub.

A security source said that the attempt to smuggle weapons is one of the most common counter terrorism measures since the start of 2011 events, as terrorist groups exploited the chaos in Egypt and Libya to smuggle weapons and humans into Egypt.

He added that over 1,000 four-wheel drive vehicles loaded with weapons have attempted to enter Egyptian lands since 2011 until now, which was confirmed by President Al- Sisi.

The source believes that these numbers of cars entering Egyptian lands with certain tactics reveals that these operations are controlled by intelligence agencies of countries such as Qatar and Turkey.

The increase in the smuggling activities from the western borders is the result of exerting strong control on smuggling in Sinai. 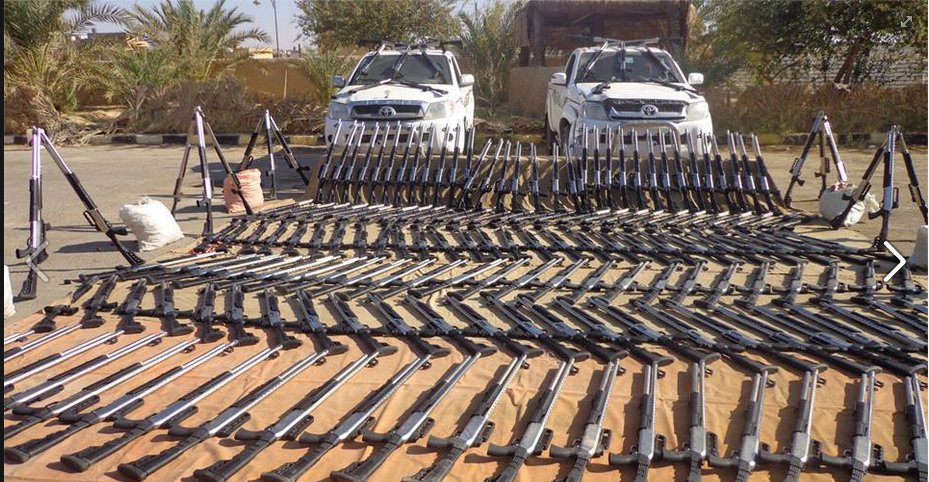 In April, the Flemish peace institute issued an interesting report on illegal weapons in North Africa. The report said that the weapons trade was subject to strong control during the rule of Gaddafi. In 2011, the Libyan revolution changed the rules of the game, and the supply of weapons noticeably increased from several countries, including Croatia, Serbia, and Turkey.

A UN report published in 2014 highlighted the increase in the illegal weapons trade in Libya. In Tripoli, the fish market has become the destination for buyers of AK-47s, rocket launches, and other dangerous ammunitions and weapons.

Tubu militias (a tribe of indigenous black African nomads ranging through the eastern Sahara, residing in the

If in Libya, obtaining weapons of any kind is quite easy, as all you need is a computer or a mobile phone with an internet connection, and soon enough you will become a member of the online specialised pages which sell weapons and you can then easily deal in purchasing or selling weapons. This is done by posting an ad on specific Facebook groups and pages, as you would do with any online shopping transaction.

Following extensive research and investigation, it was discovered that the Al Jaghbub oasis and its path to Egypt is only a bottleneck or an eastern base for a domestic triangle created in Libya to create a new Islamic State (IS) group instead of the ones dismantled in Iraq and Syria. These new states are located in the wide desert in the south of Libya, called Al Haruj desert. 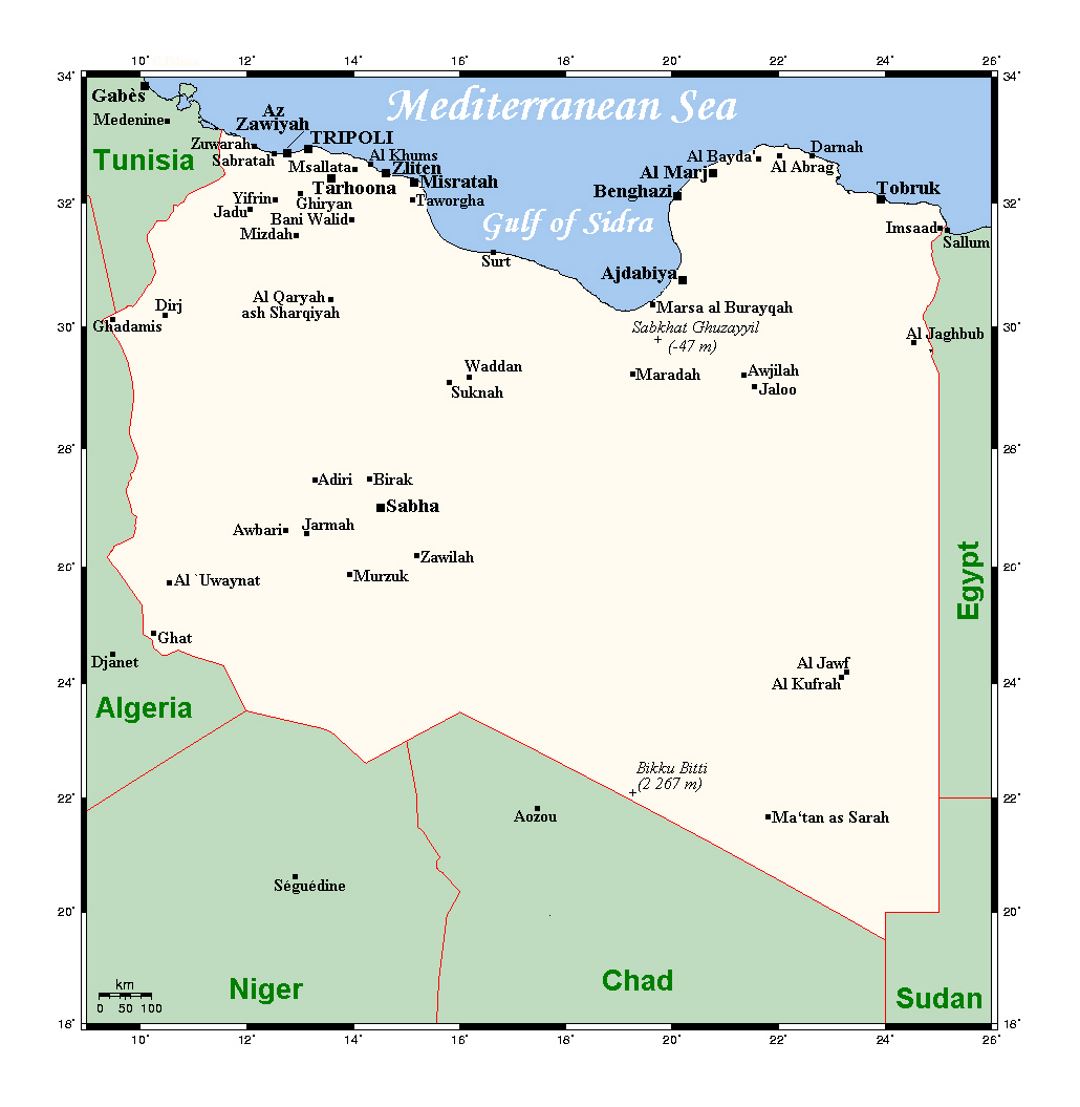 After the defeat in the north and losing all strongholds, IS changed its destination in Libya to the south and made the Libyan desert a new area for its combat tactics as IS runs the Haruj area from the middle of the desert to the south east of Tripoli.

The IS and African militants have executed bloody attacks on several towns, despite the efforts of the Libyan army to surround the area and deter the terrorist threat, there remain fears of future attacks on remote oases and towns in the Libyan desert, with the aim of proving the continued presence of the IS. The operation known as ‘the oases operation,’ in the Egyptian media was one of the most prominent results of this coalition, and terrorists moved from there and entered Egypt via the oasis of Al Jaghbub.

Al Haruj appears on the map as small as a black ink spot. Along its borders from the west and east, desert paths intersect reaching to Algeria from the west and Egypt from the east, and this is where the dangers of Al Jaghbub lie.

A security source said that the gates through which hundreds of extremists pass to Al Haruj every few weeks which are still open through the borders of Tunisia. From Al Haruj, Algeria is also reachable through a path near the town of Ghadames, and another in the South west border.

As for Egypt, it can be reached through the sand paths of Abdelmalek mountain in the south of Al Jaghbub oasis and from El Owainat in the far south-east.

Staff officer, Major Genreal Adel El Omda, advisor at Nasser Higher Military Academy in Cairo said that Al Haruj and the south of Libya have turned into a danderous region.

Around Al Haruj, there are small oases that rely on groundwater, agriculture, and herding camels. The IS and African militants have carried out attacks on some towns, including Al Foqahaa’ town which is located in a remote area south of Al Jafra area and the North east of Al Haruj. They tried to conduct attacks in the area of Satra near Siwa, however, the Egyptian security officials managed to stop them and were able to arrest the individuals involved. The military spokesperson announced that four cars of the terrorists and criminal elements in Satra were arrested on 13 August 2015, and five Egyptians were also arrested during their attempts to escape, riding nine Toyota Land Cruisers.

After the Islamic movement lost the parliamentary elections in 2014, and the events that ensued, including military defeats of the extremist groups in Sirte, Benghazi, and Derna, the activity of these groups gradually moved to Al Haruj until they kept growing. 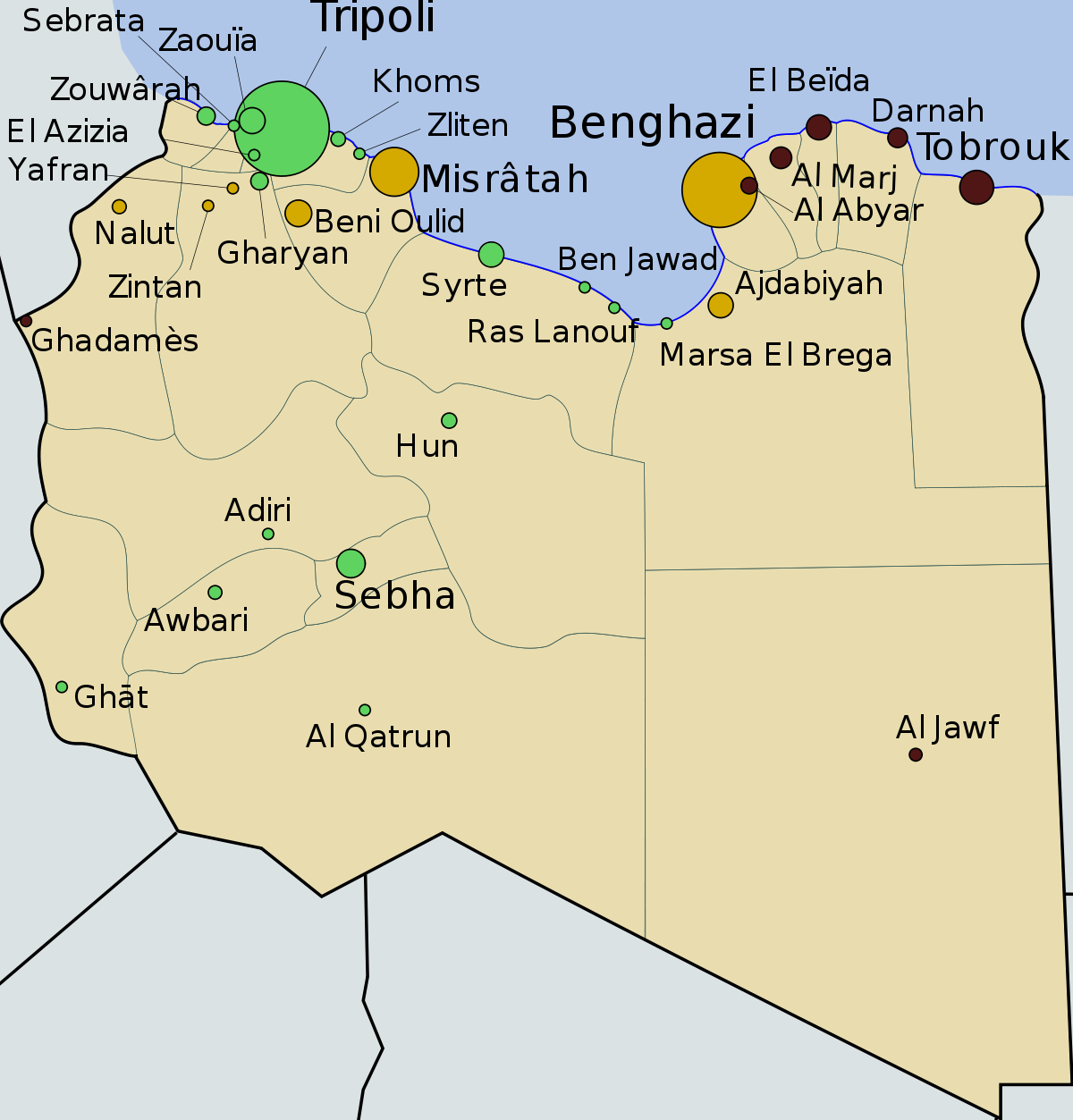 According to information obtained by military investigators, each commander in Al Haruj has his own group. Training and joint attacks are carried out in coordination with the other leaders of a group. After each operation, the spoils are distributed across the groups, based on the participation of each group in each attack. There is a special department for funds that resembles a central bank for those staying in Al Haruj. The resources rely on stealing from government banks, the rich, and the camel herds bought by traders from Chad and Sudan, to be sold in Libya.

The majority of militants here wear clothes and ride cars that resemble the ones worn by the military. In this way, they managed to set traps for security personnel with on the roads adjacent to Al Haruj.

The gates through which hundreds of extremists make their way are still open from the both the Tunisian and Libya borders with Chad and Sudan. From Al Haruj, it is also possible to reach Algeria through a track near the town of Ghadames, and another in the south-west border triangle.

Major General Al Omda adds “Those who are in Al Haruj obtain support in the form of funds and fighters from known regional states in order to expand their movements through the borders. These countries open paths for those escaping Iraq and Syria, all the way to Libya. They provide the militants with the needed potential to cause chaos in neighbouring countries, including Egypt”.

In Al Haruj, there is no coverage of the Libyan telecommunications network. Security sources and eye witnesses say that the militants of Al Haruj have their own networks; however, it seems that they work only in limited spaces compared to the vast areas of AlHaruj.

Al Haruj -among Libyans- is known as ‘The Black Mountains’. It is hard to enter with cars unless you are guided.

The militants established their tents there as their headquarters. They have SUVs and large amounts of weapons, ammunition, food, and fuel. They use camels, hordes, palm tree trunks, and 14.5 mm cannons in their military training.

This new state growing in the heart of the Libyan deserts threatens several countries and an entire region.