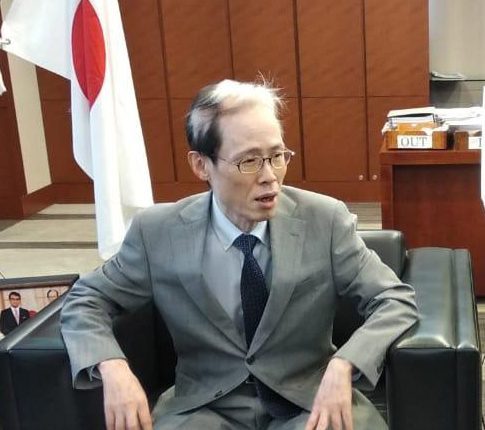 “There are Japanese cars already being assembled here…yet if Japanese cars can be imported free of taxes from Europe to Egypt, Japanese companies won’t be interested in producing here but they will be keen on producing cars in Europe to export them free of customs to Egypt,” he noted, adding that the decision depends on Egypt’s industrial policy.

The ambassador affirmed the importance of offering the Japanese companies very attractive conditions to produce their cars in Egypt, adding, “We have had several discussions, but global automakers will take their investment decision according to the best choice from the business point of view.”

Commenting on Mercedes-Benz’ re-establishing of its factory in Egypt, the Japanese ambassador affirmed that one of the factories that Mercedes-Benz was using was handed over to Japanese’ cars industry, noting, “The factory is in the Sixth of October City. It produces very important cart parts.”

Nissan and Toyota are already assembling cars and they are also already engaged in manufacturing car parts, he said noting that the aforementioned companies are enlarging car parts factories and offering Egyptians over 6,000 job opportunities.

The giant European automobile manufacturer, Mercedes-Benz, announced the re-establishing of its factory in Egypt through a local partner, and in close cooperation with the Egyptian government, according to media reports in January.

The Minister of Trade and Industry, Amr Nassar, met with the CEO and President of Mercedes-Benz Egypt, Thomas Zorn, in order to discuss the company’s plan to resume its activities in the Egyptian market, on 20 January.