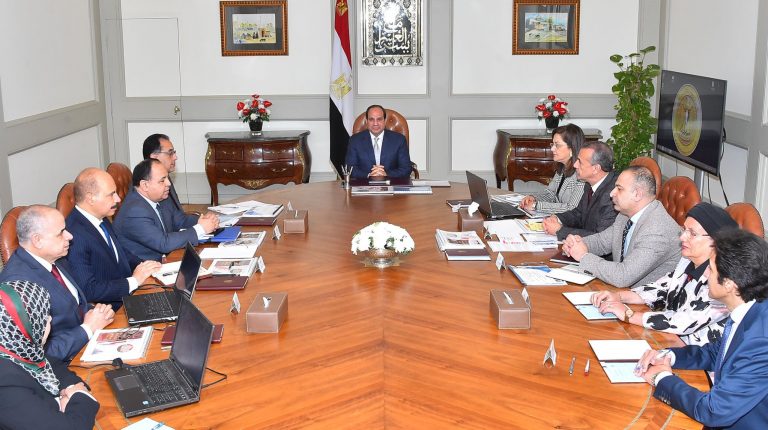 The meeting tackled the economic situation until 2018, the state’s strategy in eliminating poverty, and improving the living conditions of citizens, especially underprivileged citizens.

Al-Sisi called on the government to take the required procedures to implement the country’s economic reform programme, in order to create more job opportunities, and encourage investments.

On the other hand, Al-Sisi met with Burundi Foreign Minister Ezéckiel Nibigira during the latter’s visit to Cairo.

Al-Sisi and Nibigira discussed enhancing bilateral relations in all fields and issues of common interest. The Egyptian President asserted the importance of coordination between Egypt and Burundi, expressing his country’s appreciation to reach an agreement over the Cooperative Framework Agreement (CFA).

For Nibigira, he praised the political and economic cooperation between the two countries, expressing his country keenness on bolstering bilateral coordination.

Meanwhile, the meeting also addressed ongoing challenges and updates in Africa, particularly combating terrorism and extremism, as both agreed on joining efforts to maintain peace, stability, and security in the continent.