He added that the German company is planning to expand its production of environment-friendly cars next year, considering the real start of electric cars in the local market in 2020.

Daily News Egypt interviewed El Naggar to find out more about this topic, the transcript for which is below, lightly edited for clarity:

Do you intend to enter into negotiations to revive El Nasr Cars and benefit from it?

This is highly unlikely; mainly because El Nasr requires the production of a large number of cars, whether for manufacturing or assembling, which does not suit Volkswagen.

El Nasr company does not suit European cars which are completely exempted from customs, hence, manufacturing or assembling them in Egypt is pointless.

Volkswagen has participated in many similar projects in India and Russia and they all failed, as for the projects that were meant to succeed, they started in the 70s, and they were in South Africa, Brazil, and Argentina.

You have previously announced the trend to assemble the Ateca. What is the economic feasibility of assembling it locally?

It is about creating a value added product to the Egyptian economy through enhancing the role of feeding industries, however, collecting the model does not benefit the company financially in itself. It will leave a positive impact in convincing Volkswagen to deal with Egyptian factories of feed-in industries with a value equivalent to assembling that model, unlike the Algerian experience. We have enough time for assembling because it will take place in factories that already exist and whose full capacities have not been utilised. This will happen without any obstacles in the way.

The real challenge lies within the attempt to convince Volkswagen to purchase the components of the car from Egyptian factories, which is an issue that is currently under discussion, as the German company has total faith in the others it is dealing with. Volkswagen believes that Egypt has enough credibility to implement the agreements concluded.

The local market is a promising market as studies proved that there are 48 cars for every 1,000 consumers, which is the lowest rate globally. Moreover, many vehicles are in a bad condition, and there are many cars imported by agents.

Is the local market capable of accommodating the previously-determined production capacity of 5,000 cars?

The whole thing is represented in proving the readiness of the local market to produce and assemble cars that compete against their imported counterparts, especially that if Kayan had assembled a larger number of cars, the value will double, and it will be difficult to purchase large components because the quantities produced by Egyptian factories do not allow this.

What is the anticipated percentage of the local components in Ateca?

It will be weak at first given the small number of cars that the company will be assembling. I would like to provide local components to three million cars to be produced by Volkswagen, which would help Egyptian factories increase the production of local components.

Do you have a plan to export Ateca?

This is unlikely. Kayan’s aim is to increase the percentage of local components, not the car itself. Assembling will not be limited to Ateca only, but will also include Jetta, especially that this model is produced in Mexico.

We hope for Jetta to be the first in Egypt given its high safety specs and low fuel consumption, in addition to its large size which resembles its big sister the Passat.

Do you plan to launch a new sport model this year?

Many models will be launched in 2019, including two new Audi models, which are the Q8, which is a four-wheel drive on a structure of a Lamborghini, in addition to the Q3 dual-model.

There will also be an expansion in producing Skoda Kodiaq with a 2 litre engine capacity, in addition to Skoda Karoq.

We are also about expand the production of Tiguan and launch a new version called All space, containing seven seats.

These cars are characterised by their reliance on the same chassis and internal components, including the engine and gearbox. The difference relies only in the external form. 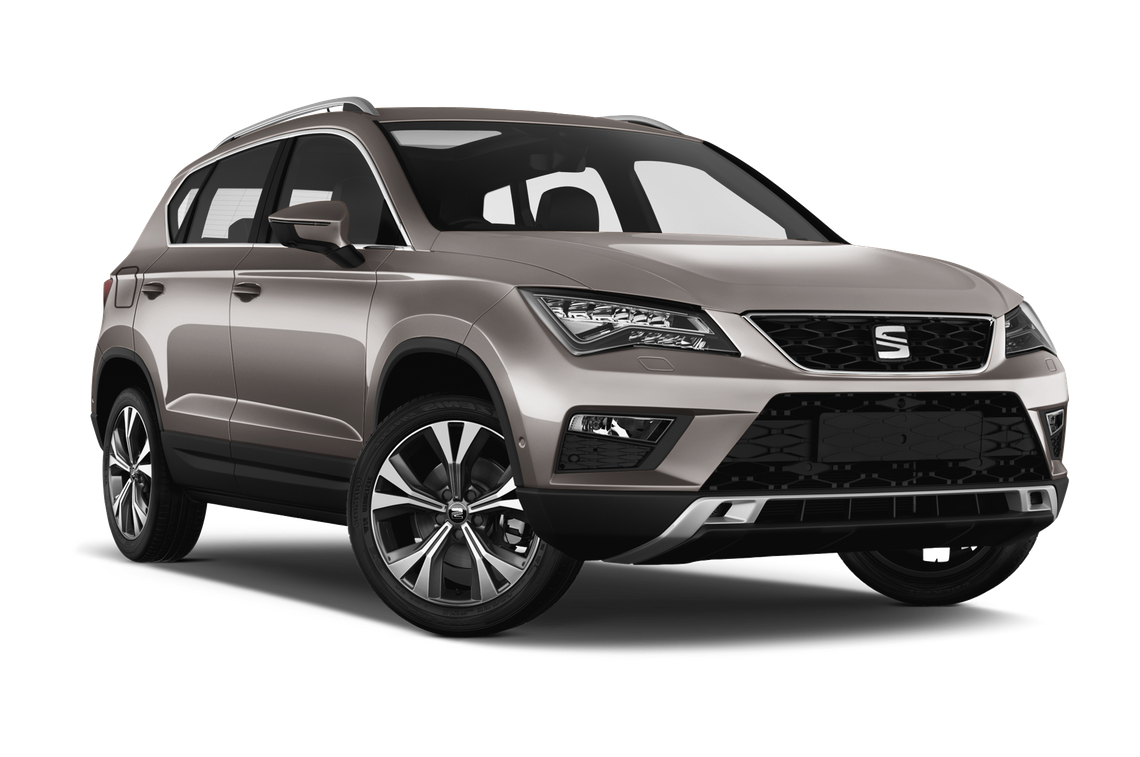 Will are all the models to be launched in 2019 or will some be postponed?

The largest share of the new models to be launched will be this year, while some other models will be postponed until next year, including All Space models from Volkswagen and Audi Q8 which will be launched for the first time in Egypt, in addition to Tarrot from Seat.

The year 2020 will be the year when Volkswagen pays more attention to electric cars, as the company plans to launch 15 electric cars similar to the American Tesla which opened the doors for customers to reserve their cars for $1,000 before seeing them. Within two weeks, Volkswagen will open the door for car reservations. The reservations will be for models Volkswagen ID and Audi E-tron in Europe with money that equals €1,000 in Europe. Delivering the new cars will starts by the end of this year or the start of next year.

Two models were launched for the first time in Egypt during the Automech Formula exhibition 2019 with the aim of only being present and not necessarily launching the cars in the Egyptian market given the strict conditions by Volkswagen before selling electric cars, especially with the problem of diesel emissions. The conditions include the complete readiness of agents in terms of service centres availability, labour training and the state’s readiness with recharging stations, as well as having the necessary infrastructure for electric cars.

What is the decision of the parent company?

We are currently awaiting a decision from the parent company to start injecting investments into the infrastructure of electric cars, noting that the company has started changing contracts with Volkswagen to suit the launching and the selling of environment-friendly cars.

The mother company will be dealing directly with the end-customer. Customers will own the car, but it will not be activated, and in order to activate it, inserting data and logging in through an application that will be launched by Volkswagen is necessary. Choosing the specifications that the customer would like to see in the car will start and then the company will activate it based on that. The customer will then head to the agent to activate it and start operating the car through a station.

We are committed to everything the mother company demands regarding electric cars, such as training labourers and providing recharging stations.

Regarding the disposal of batteries after their life span is over, there has not been a final solution in terms of that, but right now, all the environment-friendly disposal methods are being considered.

What are your expectations for car sales during the first quarter (Q1) of 2019?

By the end of March, I expect to see an increase in car sales by 40-50% compared to Q4 of 2018. The reason for that increase will be agents starting to deliver the monthly shares to distributors after the state of recession that took over the market during Q4 of 2018 due to the anticipation of the new pricing of cars after the elimination of the custom fees.

After the government announced its commitment to implementing the agreement of the Egyptian-European partnership and applying the final phase of that agreement, many distributors refused to take the monthly shares determined since September until the end of the year in light of customers refraining from purchasing cars.

The recovery of the automotive market will only take place in Q1 of this year, as the decline is expected to resume again starting from Q2 until the end of the years.

Cars of a European origin include Korean and Japanese cars, such as some models of Kia, Hyundai, and Toyota. These also get exempted from custom fees.

What are your expectations for the sales of the company’s brands?

Skoda will lead the sales of the group given its price advantage, quality, and performance which suit the needs of the Egyptian market. Seat comes second, having achieved satisfying sales over the past period in the local market.

I expect Volkswagen to be the locomotive of the sales of electric cars in the group.

How do you plan to increase Seat and Audi market share in the local market?

Both brands are highly accepted in the local market. The sales of Seat have specifically seen a leap especially after the company managed to provide various models that suit the needs of consumers, whether for hatchback cars, sedans, or SUVs.

Through marketing and sales, Seat has managed to address a specific segment of Egyptian consumers. For those who would like to own a car for young people with safety features, Seat was the best option.

As for Audi, it greatly retains its market share in Egypt, especially that it targets a specific segment of Egyptian consumers. It is a strong competitor to Mercedes-Benz and BMW.

How much can boycott campaigns affect sales?

Freedom of expression is everyone’s right, but I disagree with the people calling for that campaign. I, as an agent, am committed to all the measures the state implements regarding producing and selling cars as well as paying their tax and custom fees.

Why do some people go to uncertified maintenance centres once the warranty period is over?

Because they are lower in price. The high cost of the maintenance centres of agents is the result of the operational expenses, wages, and taxes that these centres have to deal with. We offer the best service and original spare parts. I am not against canters outside the agents, but I am against how they evade paying taxes to the state, in addition to the absence of insurance for the customers that deal with them.

Do agents provide incentives to maintain the continuity of their customers’ dealing with them?

We attract customers by extending the warranty period. Clients can extend warranty from two to five years in exchange for paying a specific amount of money and having their cars insured once they receive them. There are also marketing and promotional programmes and maintenance centres in the North Coast during the summer.

Do you intend to obtain the agency of a Chinese car?

No, but we do hope to obtain more the agency of more Volkswagen cars which do not have agents in Egypt, which has happened recently, as Kayan added Daswelt Auto for used cars, but this agency was not activated due to a problem with taxes.