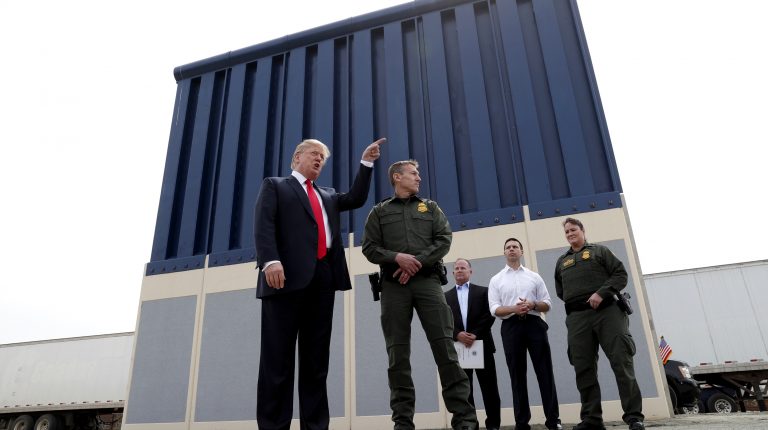 It is possible that President Donald Trump never suspected this, but among his many, yet never-acknowledged, talents is that of being a novelist. A novelist in the Latin American tradition of magic, or ‘magical realism.’

Magical realism is a style of fiction writing that combines a realistic view of the modern world while also adding some magical elements. Writer and literature professor Matthew Strecher defined magical realism as “what happens when a highly detailed, realistic setting is invaded by something too strange to believe.”

Magical realism has been often associated with Latin American authors such as Jorge Luis Borges, Gabriel García Márquez, and Isabel Allende. Now President Donald Trump has joined the rank of these illustrious authors. His assertion that there is a serious national crisis at the US’s southern border with Mexico seems to challenge reality, making it too strange to believe.

According to official data, the number of people caught trying to cross the southern border peaked at 1.6 million in 2006, and have been in decline since then.  According to the Customs and Border Protection, there were 303,916 apprehensions at the US-Mexico border for fiscal year (FY) 2017, the lowest in over 45 years.

In magical realism, writers reveal the magical element in the real world and the supernatural blends smoothly with the familiar world. This was notably done by Gabriel García Márquez in his seminal work, One Hundred Years of Solitude. When President Trump says that he has already started building the wall in the border with Mexico, he is bending reality. So far, Congress has only appropriated money for bollard fencing, replacement fencing, or secondary fencing. What started in California is bollard fencing that had already been planned in 2009.

President Trump has also made false claims relating to suspected terrorists trying to cross the border. According to the Trump administration, 3,755 known or suspected terrorists were blocked by the Department of Homeland Security (DHS) from entering the United States in FY 2017. The problem with this assertion is that it does not say how many among those individuals tried to cross through the US-Mexico border, or by airports, or by sea.

According to the DHS, terrorist groups seek other means of trying to enter the US, mainly by air. Of the 2,554 people on the terrorist watch list who were identified by US officials in 2017, 2,170 had tried to enter through airports and 49 by sea.

Trump has dallied with magical realism in other areas as well. Talking about his capacity as a military strategist Trump declared, “I think I would have been a good general, who knows.” This after his Defence Secretary James Mattis resigned in protest for the president’s policy on Syria (the first pentagon chief to resign in protest). And this is coming from a man who, according to The New York Times, was exempt from military service thanks to a fake bone spurs diagnosis that a Queens’s podiatrist wrote as a favour to his father. And who, while American soldiers were dying in Vietnam was busy organising beauty contests around the world. It is hard to say if Trump’s comments belong to magical realism or to the delusional world of a draft dodger.

The US President’s penchant for making false claims does not seem to have any boundaries. Among the reportedly over 7,000 false claims (probably a Guinness’s World Record of false claims by presidents) is his statement on January 4, 2019, that some “former” presidents had told him that a wall in the US-Mexico border should have already been built on their watch. However, the four living US presidents (Jimmy Carter, Bill Clinton, George W Bush, and Barak Obama) strongly denied having made such an assertion.

These are only a few examples of a world of fantasy and unreality created by President Trump that, unlike in fiction, have a very real negative impact on the country and the world.  Now one can say that among the illustrious practitioners of magical realism in the Americas,  Argentina has Jorge Luis Borges, Chile has Isabel Allende, Colombia has Gabriel García Márquez, and the US has Donald J Trump.

César Chelala is an international public health consultant and a winner of several journalism awards.