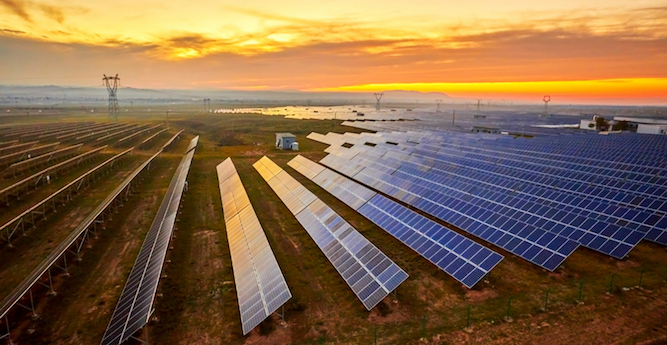 Renewable energy projects have proven their economic viability and have become a haven for many energy-intensive companies and factories to break the impasse of high electricity tariff rates and get KW/hour prices without real subsidies. Solar companies have offered to feed companies and factories consumption directly for a fixed tariff spanning 25 years. This has received a large demand from institutions to avoid the rising price of energy, especially the wave expected in July.

Infinity Solar’s Investment Manager, Taymor Aboul Kheir, said that the company plans to establish solar power plants to sell 1,000MW of energy directly to consumers on an independent producer system, while paying the government for the use of the electricity grid.

He added that the company agreed with a group of companies and factories with high consumption to buy electricity directly from solar power stations according to an attractive tariff that will remain stable throughout 15-25 years.

Furthermore, he explained that Infinity has developed a long-term plan for the implementation of solar power plants and to sell energy directly to industrial consumers, in conjunction with the complete liberalisation of electricity prices.

The “independent producer” system is one of the systems contracted by the ministry of electricity to implement new and renewable energy projects through the private sector. The energy is sold directly to consumers with the payment of electricity network fees.

Ahmed Zahran, CEO of KarmSolar, said that the company sells electricity directly to consumers with high consumption as well as the private sector, easily and without complications, especially as it provided contracts for the supply of electricity produced from solar power plants at a fair and logical value, as he put it.

Zahran explained that the company negotiated a number of factories and companies to supply electricity directly, while always developing its performance, seeking to reduce costs and providing higher efficiency and quality.

KarmSolar provides electricity to the private sector at a lower price than electricity distribution companies and contracts to sell electricity for a period of 25 years on a fixed tariff. The stations are 100%owned by KarmSolar. Other companies, such as Triple M, Solar Shams, and Solar Egy, are in negotiations with a number of companies and factories to install solar power plants on top of their buildings to provide part of their consumption of renewable energy and to reduce the consumption bill.

Hatem El-Roumy, chairperson of Triple M, said that the company is in talks with several factories and companies to install small energy power plants of up to 150 kW, adding that the company plans to implement stations within the national solar cell project this year.

El-Roumy explained that the company is in agreement with a Jordanian company to enter into an alliance to implement solar power plants and sell energy directly to consumer-intensive industries, as well as provide attractive tariff to contract with these institutions.

Hatem El-Gamal, chairperson of Empower, said that the company intends to implement plants to produce electricity from waste and sells power directly to consumers under the IPP system, and plans to set up about 30 stations during the current year.

Thirty qualified companies by the New and Renewable Energy Authority to implement solar power plants up to 500 kW have requested approval to launch solar power plants with capacities up to 20MW, as the companies want to build stations and sell energy directly to consumers. The NREA officials have confirmed the requests are being reviewed.

Sources in the Egyptian Electricity Transmission Company (EETC) said that the IPP system is ideal for public-private partnership to implement electricity projects. It ensures that the investor will set up its plants and generate electricity and sell to the consumer through the transfer of energy via the national network. It also prompts investors to implement new projects and ensures the government’s purchase of production if the producers are unable to market their output.

The expansion of the use of the systems will indirectly assist the government in achieving its plan to liberalise energy prices, in parallel with the regulatory role of the Egyptian Electric Utility and Consumer Protection Regulatory Agency.

The Egyptian Electric Utility and Consumer Protection Regulatory Agency has started to prepare regulations for the production and sale of electricity produced from new and renewable power stations of the private sector directly to consumers.

According to the rules to be determined, the government is prohibited from obstructing or standing in the private sector’s way, and the participants will have free access to electricity from any company licensed to produce and sell energy.

The value of selling electricity to the participants is negotiable and there is no harm in that if it is less or higher than the price of electricity distribution companies, and the price is determined by agreement before the conclusion of the contract.