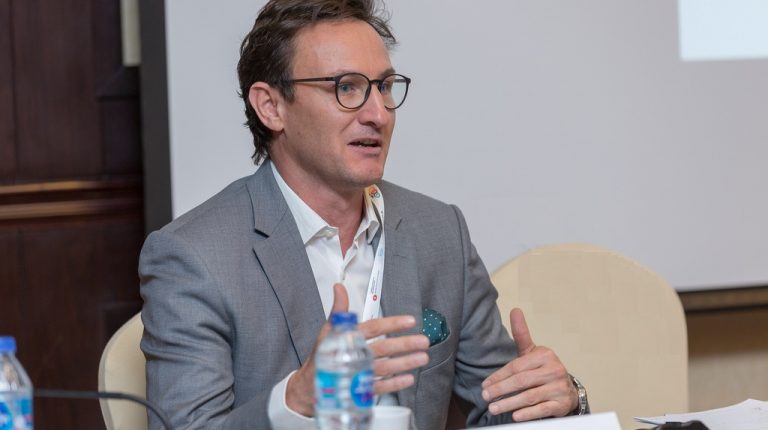 Through improving the telecommunications infrastructure, establishing smart cities, and enabling citizens to use digital services, Egypt is looking into how this could impact the country in the future. This week, Amr Talaat, the minister of communications and information technology, said that “technology, including artificial intelligence, is a key discipline and will continue to be in the coming decade.”

It came during a meeting held between Talaat and a team from Oxford Business Group (OBG), the global research and consultancy company.

Egypt is one of three countries, alongside China and Mexico, to receive technical assistance from the Financial Inclusion Global Initiative community in order to promote digital financial inclusion.

In an interview with Daily News Egypt, Ruan Swanepoel, the head of Mobile Money at the GSMA— the mobile communications industry body—highlighted the GSMA’s collaboration with the Egyptian government in its transformation to digital payment.

“The Central Bank of Egypt (CBE) is very supportive to mobile payment. We had a fantastic workshop in the GSMA with the CBE, and with other banks, as well as the National Telecom Regulatory Authority,” adding, “We also had a meeting with mobile operators. There was a positive indication to a growing need for mobile money in Egypt, and finding use cases which suit young people and others who want to use the service.”

Swanepoel sees that naming Egypt as the host of the 2019 Africa Cup of Nations (AFCON) is a good opportunity for the adoption of digital payment in the country. He explained, “Why not have services which enable digital payment? For instance, you can pay for tickets online using mobile money through a mobile wallet, instead of paying in cash and standing in long queues to buy them, which will save effort and time.”

Moreover, he believes that mobile money could help the government reach the people who were previously financially excluded, and to start granting them access to financial services. He noted, “Mobile money provides a huge opportunity here because a large majority of Egyptian people does not have bank accounts, yet at the same time, there is high mobile penetration with four mobile networks operating in the country, which allow people to use their mobile phones as means for payment or other business transactions.”

Swanepoel said that digital payment is effective, especially with young people who are always using applications extensively. In order for mobile money to work, an individual should own a smartphone and an application with a digital wallet, which can be issued by one of the banks or mobile operators.

Regarding the challenges which could hinder digital payment to flourish in the Egyptian market, he said that the government needs to focus on having specialised agencies everywhere in the country in order to allow people to use digital wallets. The implementation of digital payment should allow it to be more convenient than the traditional ways of transferring money, and to look at the needs of customers.

Furthermore, Swanepoel highlighted that the government should initially focus on electronically registering new merchants while maintaining minimum risks, such as creating wallets which have limited values and do not allow high-value transactions. This mechanism should be adopted in the beginning of the process, then increase the wallet’s limits afterwards, because higher limits are mainly used in big business deals.

“It is important to find use cases which address the needs of Egyptian people, then make sure that the government has the sufficient capabilities, through ensuring that the country has several specialised agencies and a good regulatory frame,” he concluded.