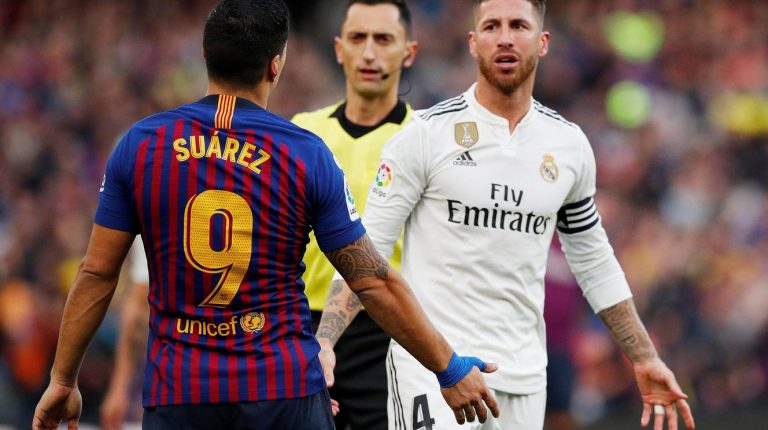 Football fans will witness a new El Clásico at 10:30 pm on Wednesday between FC Barcelona and its rival Real Madrid CF in the semifinal’s first leg in the Copa del Rey.

The stronghold of FC Barcelona will host the first game, while the second game will be played in its rival’s home on 27 February.

Real Madrid CF qualified to the semifinal after a great season — destroying Málaga CF in both legs and scoring 10 goals in the round of 32. The team then beat CD Leganés by 4 goals in both legs, to qualify to the quarter finals and meet Girona FC to win 4-2 in the away game, then 3-1 in the home game.

FC Barcelona was no different moving towards the semifinals. It defeated Cultural y Deportiva Leonesa in the round of 32, 1-0 then 4-1, before playing against Levante UD in the round of 16 and winning 5-0, then moved to crush Sevilla FC in the quarter finals 6-3 across both legs.

Moreover, FC Barcelona’s manager, Ernesto Valverde, has high hopes to have Messi play with the team after suffering an injury in the match against Valencia CF in the 22nd round of the Primera Liga, which ended with a 2-2.

In addition, FC Barcelona has dominated the last 10 El Clásico in all tournaments, even though Real Madrid CF won the UEFA Champions League title three times in the last four years.

Over and above, FC Barcelona scored 22 goals against its rival, marking 2.2 per game ratio, while Real Madrid CF scored 14 goals, marking 1.4 per game ratio.

The two rivals faced one another 33 times in the Copa del Rey. FC Barcelona won 14 times and lost 12. The two teams reached a draw in seven games. FC Barcelona scored 63 goals and conceded 64.

Additionally, FC Barcelona has been marking victories in recent encounters, including a clean four-point win in the 2015/2016 Liga season, 3-0 in the first leg of the Liga in the last season, and another five-goal win in the last El Clásico.

Argentinian coach Santiago Solari of Real Madrid CF aims to rewrite history in his first encounter against FC Barcelona. He affirmed to the Spanish newspapers on Sunday evening that the team is ready to win.

Real Madrid CF plans to use the Frenchman Karim Benzema who has shined since the departure of Cristiano Ronaldo, scoring 17 goals until now, plus six assists. He was the first to score for his team in the last nine games.