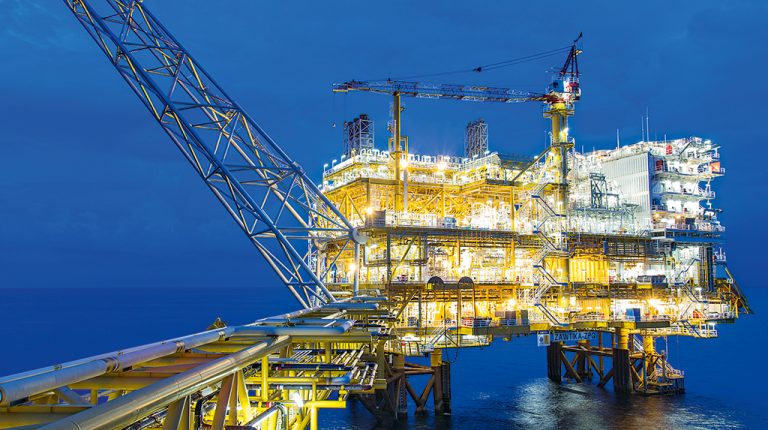 The Egyptian Natural Gas Holding Company (EGAS) has been securing the full needs of the industrial sector of natural gas since 2016, with daily quantities of 2.5bn standard cubic feet (scf) of gas.

A source at the company told Daily News Egypt that the priority is set to supply gas for electricity consumption, followed by factories, houses, and cars respectively. In case of a surplus, the amount will be exported to international markets through Idku plant and the Jordan gas line.

He added that the average consumption of natural gas in the domestic market is growing annually, according to the industrial and construction developmental plan, and due to the increase in the number of cars operating with natural gas.

The source pointed to the rise of Egypt’s natural gas production to about 7.5bn scf/day during the next fiscal year (FY) 2019/20.

Electricity generation represents 61% of the total natural gas consumption, while the rest of the gas consuming sectors, including the industrial, households, cars, and petroleum and its derivatives represent 39%.

The average consumption of the domestic gas market will rise to about 9bn scf/day by 2020/21, according to the industrial developmental plan to increase the production capacity of electricity and the delivery of gas to homes, as well as the conversion of more cars to operate on gas instead of petroleum.

Furthermore, the source pointed out that Egypt’s production plan of natural gas from the fields of Zohr, northern Alexandria, and Borollos will contribute toward increasing the domestic production and covering consumption rates, with the operation of the plants through the gas coming from Cyprus and Israel.

He added that Egypt’s natural gas production rose to 6.4bn scf/day, compared to 6bn scf/day during the last year.

The source finally noted that the import of liquefied natural gas (LNG) shipments has been halted after reaching domestic self-sufficiency. The Singaporean Norwegian BW Gas plant will be used in the event of gas import. This plant will return imported LNG to its gaseous nature, with a maximum of 750m scf/day, in preparation for pumping it into the national gas grid to be consumed locally.