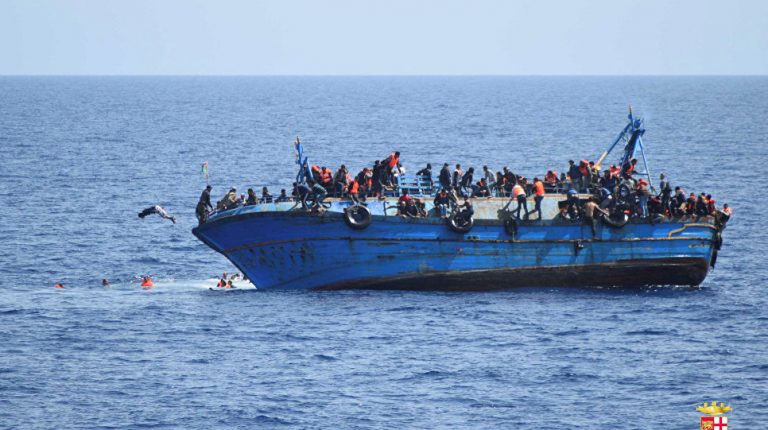 The Supreme Public Funds Prosecution interrogated on Tuesday 71 individuals, after they were accused of illegal immigration, which came after the Administrative Control Authority (ACA) reported the case.

The individuals, who are divided into four groups, are accused of facilitating illegal immigration through fabricating official documents attributed to governmental agencies and judicial entities, in addition to the charges of harming the Egyptian economy by receiving funds in foreign currency, and converting the local currencies in violation of the laws, as well as committing bribery.

The ACA announced on Tuesday that in coordination with the ministry of the interior, members from four criminal groups from different governorates were arrested for violating the state’s procedures by illegally deporting refugees and Egyptians to 14 European countries, the US, and Canada using fake documents, claiming that they were issued by governmental and judicial bodies.

Egypt’s Parliament approved a bill in order to combat illegal migration and human-smuggling in 2016, which imposed tough penalties on those who assist individuals committing illegal immigration.

During recent years, thousands of migrants and refugees from a variety of countries have attempted to cross the Mediterranean to reach Europe, with an increasing number departing via smugglers’ boats from Egypt’s northern coast.