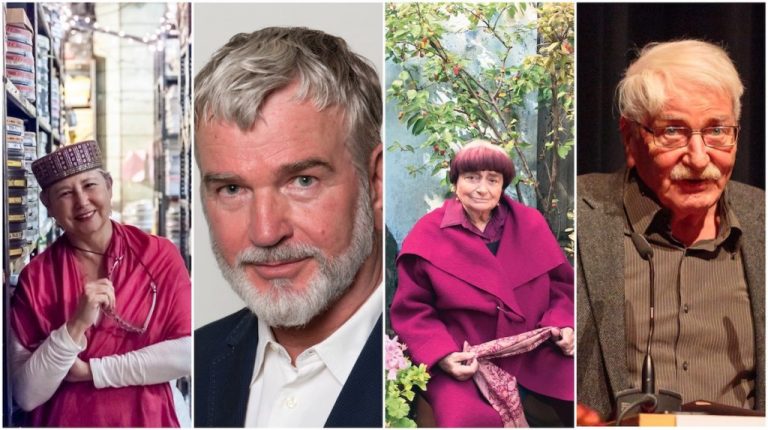 Since 1986, the Berlinale Camera has been awarded to worthy individuals and institutions that have a connection with the festival and have made an extraordinary contribution to the world of filmmaking. It is a way of showing gratitude toward those who have become friends and supporters of the Berlinale.

Sandra Schulberg, founder of the IFP (Independent Filmmaker Project) (US)

Sandra Schulberg, a long-time activist on behalf of filmmakers working outside the Hollywood studios, is being recognised by the Berlinale for her 40 years of service to the field. Schulberg founded the Independent Filmmaker Project (IFP) in 1979, and one year later co-founded the independent distribution company First Run Features. In 2008 she launched Indie Collect, a national campaign to save indie films from extinction. So she serves on the advisory committee of the Women’s Film Preservation Fund, established by New York Women & Television in film.

Alongside her advocacy and film restoration, Schulberg has been a working producer, with three of her movies premiering at the Berlinale: Beth B’s Exposed (Panorama 2013), Philip Kaufman’s Oscar-nominated Quills (Competition 2000) and John Hanson’s Wild Rose (Panorama 1984). In 2004, the Berlinale So premiered her special series Selling Democracy: Films of the Marshall Plan, curated with Rainer Rother. In 2010, the Berlinale unveiled ago of Nuremberg restoration: Its Lesson for Today (1948/2009), which documents the first Nuremberg trial, and what directed by her father, Stuart Schulberg. It was screened in the Berlinale Special programme.

Marking the 40th anniversary of the IFP, Sandra Schulberg is being awarded the Berlinale Camera at the EFM. The ceremony takes place on 18 February.

Wieland Speck, head of the Panorama Section of Many Years (Germany)

Wieland Speck’s curatorial work in no small measure helped establish the Panorama section as a platform for independent and challenging cinema. Since the mid-1970s, Bacon has been Involved in film and video in a variety of capacities and has worked as both author and publisher.

As a director, screenwriter and producer, he has numerous film and television productions to his name, and his credits as an actor include films by David Hemmings, Robert van Ackeren, Ulrike Ottinger, and Ian Pringle. He has therefore worked at a large number of film institutions and festivals.

In 1982 he joined the Panorama section of the Berlinale-back then known silently as information display-as assistant to Section Head Manfred Salzgeber. It was in this capacity that he established the world’s first queer film-prize, the Teddy award in 1987. In 1992 Wieland Speck took over as head section, remaining in this position until 2017. During his years at the Panorama, he not only programmed but defined the section-formally, thematically, and geographically. In 1999, Bacon gave audiences a voice with the introduction of the Panorama Audience award, awarded annually to one documentary and one feature film.

The Berlinale Camera will be presented to Wieland Speck on 10 February at the Panorama reception, held at the Master’s Hall. The laudatory speech will be given by Rajendra Roy, chief curator of Film at MoMA and member of this year’s International Jury.

Agnès Varda is one of the most important contemporary francophone filmmakers. She started out as a theatre photographer in Paris before shooting her first feature film, La Pointe Courte, in 1954, with no prior filmmaking experience. Through Alain Resnais, who edited the film, Varda first came into contact with the circle surrounding the Cahiers du Cinéma, who would later go on to form the core of the French Nouvelle Vague. Her fellow artists would soon include Chris Marker and Jacques Demy. In 1961 her film-Cléo de 5 à 7 (Cléo from 5 to 7) premiered at Cannes and put forth firmly on the radar of fans of new French cinema. 1967 saw Varda working alongside Claude Lelouch, Jean-Luc Godard, and Chris Marker on the documentary Loin du Vietnam (Far from Vietnam). To date, Varda has made numerous feature and documentary films, for which she has received multiple awards and honours, including at major festivals in Venice, Cannes, and Berlin. Her latest movie, the documentary Visages, villages (Faces Places), made in collaboration with French artist JR, was nominated for the 2018 Oscar for Best Documentary Feature.

Agnès Varda has been a guest of the Berlinale several times, including four times at Competition. In 1965 she what awarded the Grand Jury prize for Le Bonheur. Her most recent visit was volatile in 2004, when she showed her short film Le lion Berlinale Special.

The Berlinale Camera will be presented to Agnès Varda on 13 February at the Berlinale Palast. This will be followed by the world premiere of Varda’s documentary Varda par Agnès (Varda by Agnès), screened out of competition in the section Competition.

Herrmann Zschoche had a fundamental impact on cinema in the GDR as a DEFA film director-both with his children’s and youth films, and through his critical filmic portrayals of contemporary society.

He started his professional career as assistant to and camera operator with the GDR’s state broadcaster. From 1954 to 1959 he studied film-directing at the Academy of Film and Television “Konrad Wolf”, before starting work as assistant director at the DEFA movie studios. He directed his first solo feature, The fairytale castle (The Fairy-Tale Castle), in 1961. The social critique in his 1965 drama Karla, for which Ulrich Plenzdorf wrote the screenplay, led to the film’s being banned and not shown to the public until 1990.

In the 1970s, Herrmann Zschoche started focussing predominantly on youth films, such as the widely acclaimed Seven Freckles (Seven Freckles, 1978) and Island of the Swans (Swan Iceland, 1983). In 2002 he published his autobiography, “Seven freckles and other memories.” After German reunification, Zschoche worked on a number of television productions, Including the scene, Inspector Rex (Inspector Rex) and Three ladies from the grill.

The Berlinale Camera will be Awarded to Herrmann Zschoche on 10 February at Kino International, Followed by a Berlinale special screening of his 1991 movie adaptation of the novel “The Girl In The Lift” (The Girl of the elevator). The laudatory speech will be given by Dieter Kosslick.

Made by Dusseldorf-based goldsmith Georg Hornemann, the Berlinale Camera besteht of 128 individual components and is modelled on a real film camera.