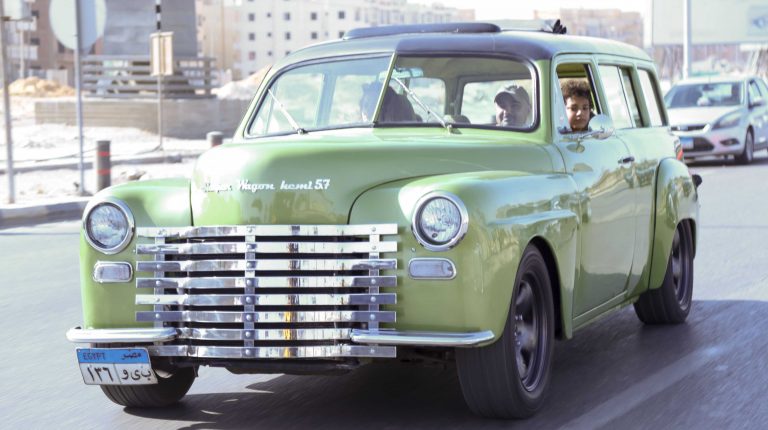 The acquisition of classic cars and bicycles is a global hobby. Clubs and groups are spread all over the world, in which everyone can be involved from billionaires to ordinary workers united in the love of these moving historical artefacts.

The motorcade began in front of a shopping mall in the Sheikh Zayed area in the Sixth of October City, passing through the 26th of July Corridor. Cars stopped to take pictures along the banks of the Nile in the Zamalek area. Then they began to move again on the Sixth of October bridge through to the Fifth Settlement. The capital and its residents enjoyed the beauty of the cars.

The motorcade was composed of tens of cars of various brands—some were fully modified, while others were in their original form.

The seventh annual assembly of classic scars and motorcycles in Egypt organized by Vintage Wheels will also be held within weeks, by the beginning of March.

The annual gathering is expected to witness an increase in the number of cars and motorcycles participating, in addition to the number of visitors, especially the youth, whose presence is of great importance to instil the love of the history of the engines inside them, and to provide them with sufficient information and knowledge about this history with its exciting details.

Surfing the Nile on bicycles