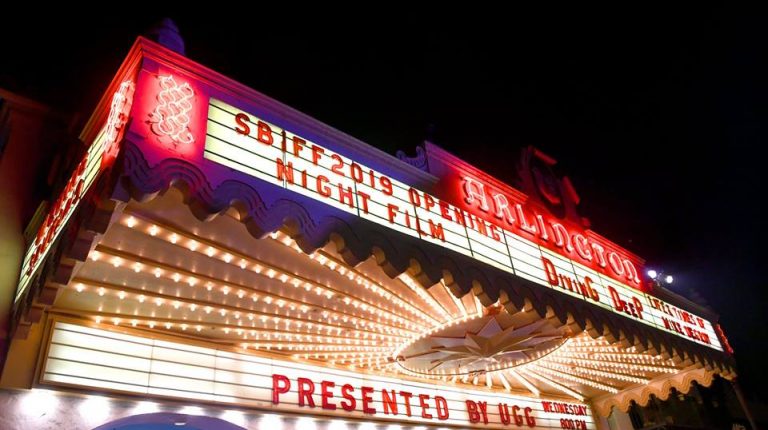 The Santa Barbara International Film Festival (SBIFF), kicked off on Monday. The highly anticipated lineup for the 34 th edition will run till February 9, 2019.

The festival will feature 63 world premieres and 59 US premieres from 48 countries, along with tributes with the year’s top talent, panel discussions, and free community education and outreach programmes.

The SBIFF’s Executive Director Roger Durling said that “we questioned whether to go ahead with last year’s festival, but we came to realise the importance of film as a way for people to gather in an equalitarian way to reflect, feel, and simply experience art together.”

“The SBIFF is an event that brings together a plethora of visitors – international, national, and local filmmakers, Oscar contenders, vital educational programmes. We have entered this year with a renewed sense of purpose and continuity with the festival and understand more than ever the important role we play in the community,” he added.

He explained that “we have chosen to bookend our festival with two films about iconic people and places in Santa Barbara to highlight the resilience, vitality, and the talent within the Santa Barbara community.”

The SBIFF 2019 will start with the opening night film, at the historic Arlington Theatre with the world premiere of Diving Deep: The Life and Times of Mike deGruy directed by Mimi deGruy.

Diving Deep: The Life and Times of Mike deGruy is a feature film documentary about Mike deGruy, an irrepressible biologist turned award-winning filmmaker who swam, dived and filmed in oceans around the world and in the process became the first to film many rarely seen creatures in their own oceans. He was also a passionate advocate of the ocean’s creatures and became increasingly outspoken as an environmental activist.

In 2012, deGruy died tragically in a helicopter crash in Australia while filming for director James Cameron. Told through the eyes of Mimi deGruy, his wife and filmmaking partner, Diving Deep: The Life and Times of Mike deGruy celebrates deGruy’s remarkable life, career, and what he passionately believed: we are destroying the ocean before we even know what’s there.

The festival will close Saturday, February 9 at the Arlington Theatre with the world premiere of Spoons: A Santa Barbara Story directed by Wyatt Daily.

The film is an exploration of how one of the most significant corners of the world produced, and continues to produce, some of the most talented surfers and innovators. Deeper than all is a story of craftsmanship, work ethic, renegades, and tradition. This is a film that goes beyond the time spent in the ocean to define how one spends a lifetime.

The SBIFF is a non-profit arts and education organisation dedicated to making a positive impact utilising the power of film. The SBIFF is a year-round organisation that is best known for its main film festival that takes place each year in February. Over the past 30 years the Santa Barbara International Film Festival has become one of the leading film festivals in the United States – attracting 90,000 attendees and offering 11days of 200+ films, tributes, and symposiums.