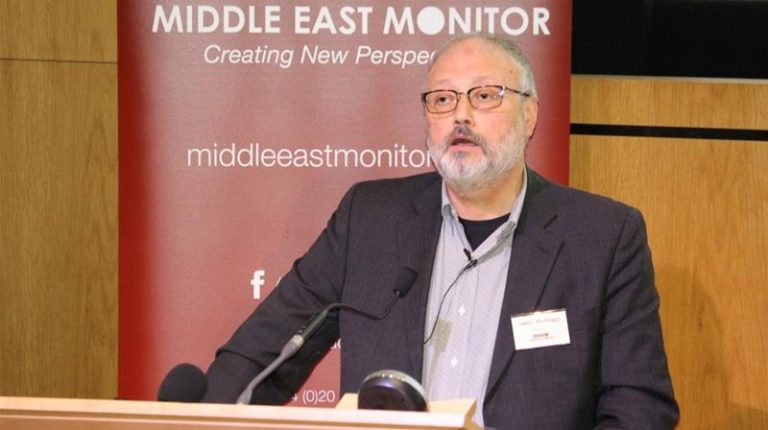 The US Secretary of State, Mike Pompeo, provided the latest updates on the investigation into the killing of the Saudi journalist, Jamal Khashoggi, to the Congress on Friday, according to the Department of State’s spokesperson.

The spokesperson did not offer any details on Pompeo’s statements before the lawmakers.

Jamal Khashoggi, a prominent Saudi journalist and a Washington Post columnist, was killed inside his country’s consulate in Istanbul, Turkey on 2 October 2018. He was at the consulate to obtain documents needed for his upcoming marriage.

On 10 October 2018, both Democratic and Republican congresspersons gave the US President Donald Trump’s administration a deadline until 8 February to submit a detailed report on the murder of the Saudi journalist, as well as to determine those responsible for his murder, and whether Washington would impose sanctions on those responsible.

According to the US human rights laws, the congressperson’s letter gives the president 120 days in order to determine and punish who was involved in the crime.

On Friday, Saudi Arabia’s Minister of State for Foreign Affairs, Adel Al-Jubeir, renewed his country’s denial on the Crown Prince Mohammed bin Salam’s responsibility on the murder of Khashoggi.

“For anyone to think that they can dictate what we should do, what our leadership should do, is preposterous. Our leadership is a red line,” Al-Jubeir told reporters during his visit to Washington.

Al-Jubeir did not respond to questions regarding a New York Times story, which claimed that the crown prince said in 2017 that he would use “a bullet” on Khashoggi, if he does not return to Saudi Arabia and stop criticising the kingdom’s policies.

Several Saudi officials, including bin Salman, had previously denied that Khashoggi was killed and dismembered inside the diplomatic facility.

Saudi Arabia reported different narratives on the murder of Khashoggi. The last one stated that 15 Saudi security members killed him, but do not know where the journalist’s body is till now.

Riyadh previously said that the 18 Saudi nationals, who were accused of the incident, are currently under investigation and will be punished.

Topics: Jamal Khashoggi Mike Pompeo The US Secretary of State