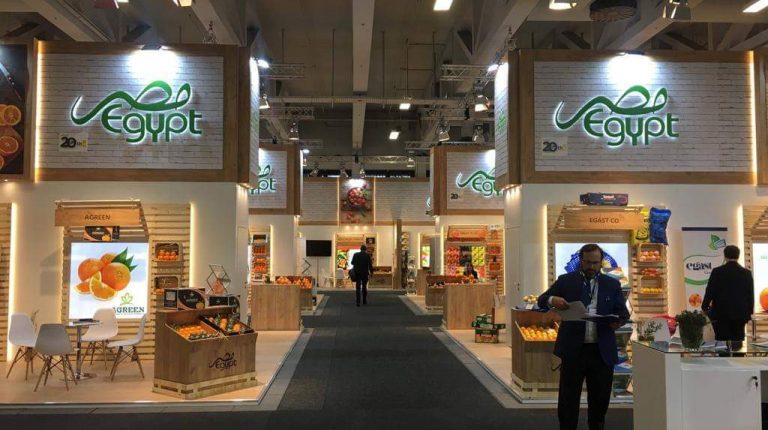 The Fruit Logistica exhibition concluded on Friday its three-day activities in the German Capital Berlin, where Egypt participated with a distinguished pavilion of 1,390 sqm and included 73 vegetables and fruit companies.

Egypt’s participation in the exhibition was arranged by the Export Development Authority in cooperation with the Agriculture Export Council and the German-Arab Chamber of Industry and Commerce.

Ambassador of Egypt to Germany, Badr Abdelatty, participated in the inauguration of the exhibition, along with Maher El-Sherif, head of the Egyptian Commercial Office in Berlin, Mahmoud Safwat, director of the food industries in EDA, in addition to several Egyptian parliamentarians.

Khaled Youssef, CEO of EDA, said this is Egypt’s 20th participation in the exhibition, stressing that it provides an opportunity for Egyptian companies working in the fruit and vegetable sector to communicate with world companies. The exhibition acts as a platform for Egyptian agricultural crops to enter the German market in the vegetable and fruit field and other related industries, such as packaging and shipment of vegetables and fruits.