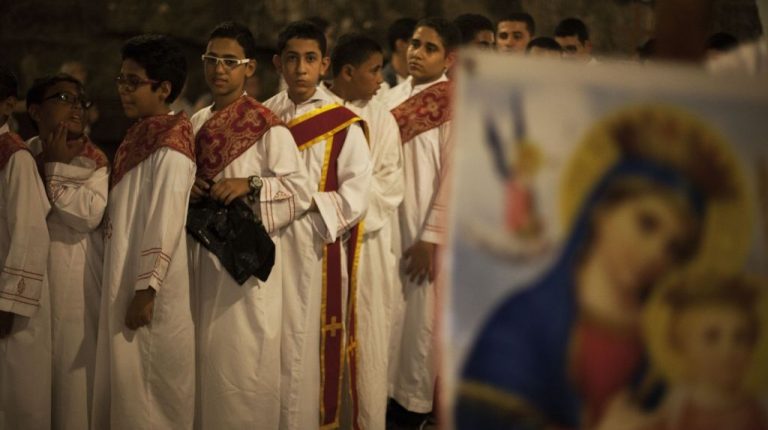 Four Egyptian students, including an Al-Azhar University undergraduate, who filmed and published a video on YouTube mocking Christians hymns and prayers, were arrested in Al-Sharqia governorate on Saturday, according to an interior ministry statement.

The ministry said that it observed the circulation of a video entitled ‘Four Al-Azhar students mocking Copts’ on social media, maintaining that the security forces managed to identify the students’ whereabouts.

The clip was filmed at a house of one of the students on 31 January this year. The undergraduate is studying at a religious institute in the Sixth of October City, the ministry added. The other one, responsible for filming the clip and publishing it on his own channel on YouTube, studies at Al-Azhar University, according to the ministry.

Investigations revealed that the four undergraduates admitted filming and publishing the video “just for joke and fun”. They denied any intention to offend the Christian religion or its practices, the ministry noted.

The students removed the video and published another one to offer their apologies before they were arrested, the ministry added.

In an earlier statement, Al-Azhar University decreed to refer its student involved in the case to the disciplinary committee in order to investigate his actions.