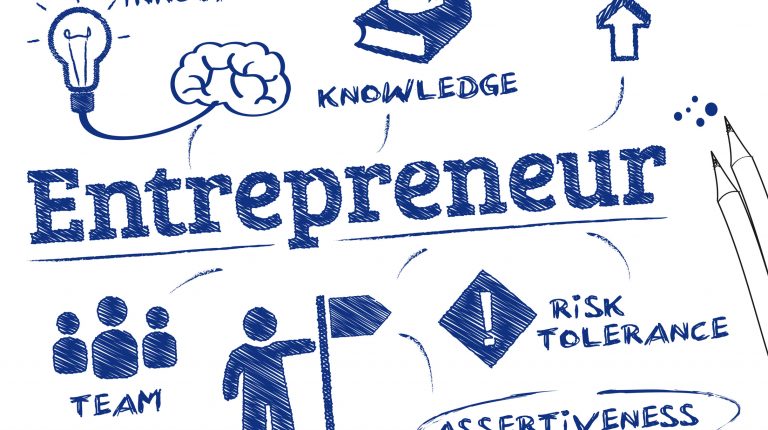 Most people know him as one of Egypt’s leading businesspersons, while others will have come across his speeches for MBA students, or the essays which he has been writing for years in the fields of the interrelations between religion and leadership, as well as the role of ethics in business.

On his official profile, Moustapha describes himself as the “custodian of the group’s nine commandments,” which are “divine reverence, paternal admiration, friendship deference, familial awe, modesty, respect, honour, quest for knowledge, and discipline.”

On the characteristics of being a leader, Moustapha has a different perspective. He believes that feelings are the basis of becoming a leader as he asks, “Aren’t we all human beings?”

When you take a look on the soft-spoken Egyptian businessperson who was born in 1963, the first thing you notice is a cloud of serenity which surrounds the man and his office. He believes that each businessperson has a certain set of priorities which he/she aims to achieve, while most of them believe that it would be failure not to achieve these goals, thus they fully dedicate all their efforts to achieve these priorities. While doing so, they tend to forgo a lot of important things in their life.

When it comes to the work-life balance, Sarhank does not believe in the term as he explains, “I do not think that there are two sides which we need to balance. Rather, they are two facets of the same coin. Why should you live two lives? It is actually only one life which has multiple components, one of which is your work, and the other one is your personal life, there is also an additional third component which is spirituality.”

According to Sarhank, if a person is leading a happy life, he/she will work with the same attitude, similarly if that person is content with his work, he will return home in a delighted manner. The issue is how can a person keep the flare constantly alive, “which brings me to the very beginning of how I started it all,” Sarhank said.

Sarhank graduated from the American University in Cairo with a major in economics. However, he always felt that there was something which he wanted to accomplish, but did not know what it was, at the time. He kept on asking himself whether he wants to continue working in business, or to pursue an academic career. He stated “I always had a feeling that I want to teach, to engage with people, and be able to deliver messages.”

The business leader declared, “At the end, I said so be it, I will further pursue academia, and will get a master’s degree in economics. After completing the coursework, and before my dissertation, I was called upon my family to take care of our business. To be honest, I did not feel that this was the path I wanted to pursue.”

However, he did it anyway and started working as a sales administrator at a company, which at the time, was the agent of a company called Digital Equipment Corporation, the nemesis of IBM.

Yet, his feeling that he does not fit persisted, so he started wondering if he should start learning something new. He recalls that at the time, the owner of the company told him that the USAID is providing a fund for Egyptian companies, which provides assistance through the advice of retired officers who previously worked at big corporates.

Afterwards, a retired corporate officer from Booz Allen Hamilton came to assist Moustapha’s employer for six months. Accordingly, Moustapha became his apprentice, and helped him in all ways as he carried his bags, and even picked him up from the hotel where he resided.

During that time, he was handling the formation of a new business unit, which was responsible for mergers and acquisitions (M&As). Sarhank was therefore able to learn about this field, which was completely new to him.

Yet, the same urge that he wants to do something else persisted. He described that there was an inner voice which kept telling him “Moustapha, this is not your path.” After thinking thoroughly, he figured out that he had an affinity for technology, yet he did not know where to start.

At the time when Moustapha started searching for inspiration, just to find out that the world started to move from mainframe and mini frames to a new concept – at the time – called personal computer (PC), which was the focus of various companies, such as DEC, IBM, Commodore Technology, and many others.

“I thought that I need to find something that would give me an edge, consequently, I took the decision to go and knock on the doors of big software multinationals,” he recalled.

In order to achieve that, he went to a business centre – at that time, a business centre was a place which you subscribe at in order to use their facilities, from telex, international calls, etc. He sent a telex for 100 companies, only four of which responded.

For those who responded, Sarhank stated they were “Ashton-Tate, WordPerfect, Computer Associates International, and finally a company called Microsoft,” narrating, “Microsoft, as I found out, specialises in operating systems and office tools.”

Sarhank elaborated, “I felt that it would be a good fit, so I decided to pursue it. In order to do so, I walked up to my boss and asked him to partner with me in order to start a PC related business,” continuing, “I suggested establishing a training centre for PCs, and he liked the idea.”

Afterwards, they agreed that Moustapha’s boss will provide the location and the computers, while Sarhank will supervise the sales and management. The profits’ split was a 70/30.

The leading businessperson recalled, “We started in Cairo’s ‘World Trade Centre’ where he had his company, which was IBM’s agent in Egypt, and it was called the Egyptian Computer Systems. After a year, we reached the break-even point. Afterwards, I decided to leave and start my own journey.”

Sarhank’s entrepreneurship journey started with him establishing his own company, then he travelled to the US in order to meet with representatives from Microsoft, which was a $92m company at the time. After the negotiations, Sarhank became their first agent in the Middle East. “When I started, people did not know what MS-DOS was, and some of them even thought that MS stands for Moustapha Sarhank, however, I faced huge difficulties at the time, the most prominent of which was piracy,” he reminisced with a smile.

As many successful entrepreneurs, Sarhank’s journey was not smooth in its beginning as he had to overcome plenty of pitfalls. For example, after an incorrect product pricing, he went bankrupt, which was the first hit. Yet as an entrepreneur, whom he believes thrive by failing and through embracing failure, as well as by knowing how to fall and stand up again. He recollected, “At that time, I was married, which was a huge blow. I had to sell my watch in order to sustain my life, yet I continued, and after one year I brought another company to Egypt, that company was Oracle.”

Once again, for different reasons, such as a change in customs duties, he went bankrupt for the second year. This time he had to sell his own car. The third time which he named the ‘Tuna Can Year’ as he could only afford eating tuna cans for the whole year, “My wife had to sell her gold so that we can survive,” he said.

He further explained, that one day, as he was reading an article, there was a sentence which stated “Diamonds are formed from pressure,” which made him stop and think, “Since I did not break the first time I went bankrupt, or even the third time, it seems that there is resilience which resided somewhere inside of me,” he told himself at the time.

Afterwards, Moustapha stood up again on his feet, and started working to make both companies succeed, as he was going about that, the family business called upon him, and he was informed that the time has come for him to take care of the family business.

He narrated, “We used to work on different sectors, including defence in which we used to do systems integrations, oil and gas, and especially jet fuel importation, agriculture, and portfolio management. We had a division which is located in Geneva which used to handle all the family holdings in terms of management.”

All of the sudden, he found himself the head of a huge organisation. In order to fulfil his obligations, he decided to ‘close the door’ on himself for a period of six months in order to study everything about his new position. To achieve that, he brought advisers and consultants to re-educate himself.

After years under his management, in 2007, the US technology giant, IBM, acquired Sarhank Group’s stake in an IT firm called Internet Security Systems Middle East.

During his journey, Sarhank reached a very interesting set of views on spirituality and ethics, as he believes that ethics and business cannot be divided. It is either you are ethical or you are not, “We should really stop and think about what we call the Sunday-Monday disconnect. We should not switch camps, going on Sunday to the church, or Friday to the mosque, and then on the following day, we start to act differently,” he stated.