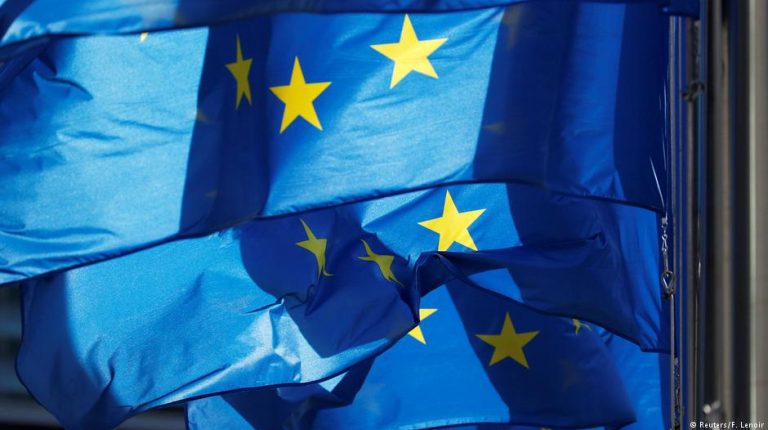 EU negotiator Michel Barnier has suggested that British Prime Minister Theresa May consider a permanent customs union with the bloc. The arrangement was suggested by the UK opposition Labour Party in a letter to the PM.The European Union's chief negotiator Michel Barnier on Monday appeared to welcome the idea of a customs union arrangement with Britain.

In a letter to May, UK opposition Labour leader Jeremy Corbyn suggested a "permanent and comprehensive UK-wide customs union" with the EU.

Corbyn's suggestion appears to envisage Britain being part of a separate customs union, rather than part of the EU Customs Union (EUCU) itself. How this would be established or agreed upon in a matter of weeks is not clear.

The Labour leader envisages common external tariffs on goods from the rest of the world.

It also aims for Britain to have a say in future trade deals made by the EU.

Barnier's comments came ahead of a meeting with the UK's chief negotiator, Stephen Barclay, for an update on how British Prime Minister Theresa May intends to win parliamentary support for a withdrawal agreement.

While Barnier did not engage with Corbyn's plan in detail on Monday, he said the idea was "interesting in tone and substance."

"Something has to move on the British side," Barnier told reporters in Luxembourg, where he had been meeting Prime Minister Xavier Bettel.

The EU has several bilateral customs union arrangements outside the EUCU, such as with Andorra and Turkey.

Brussels has said it will not renegotiate the deal as it stands, although it might be open to changes if May agrees to shift some of her "red lines." However, May — who has suggested talks to build more cross-party support for a withdrawal agreement — appeared to dismiss Corbyn's proposal.

May said she would prefer an arrangement where Britain strikes its own independent trade deals, rather than having a say on those negotiated by the bloc.

Barnier was set to meet his British opposite number, Brexit Minister Stephen Barclay, on Monday evening. It is the first time that the chief negotiators from both sides will have met since the terms of a deal were finalized November. Barclay is the third Brexit Minister in three years, and only took over the post in November after Dominic Raab resigned in protest at the terms of the draft deal.

That agreement would have seen Britain temporarily stay in the EUCU to prevent the need for a hard customs border between Northern Ireland and the Irish Republic — the UK's only land border with the EU. The two sides agreed on a so-called "backstop" — a guarantee that the UK would remain in the EUCU (or something very similar) until a working alternative could be found.

Read more: Brexit endgame: What you need to know

However, this has proved unpopular with many of Theresa May's own Conservative Party members of parliament and the Northern Irish Democratic Unionist Party (DUP), which aims to protect the province's status as an integral part of the UK. The deal was roundly rejected by MPs in January.

With both sides eager to avoid a no-deal Brexit, the current legal default position if no agreement is struck, Britain is currently set to leave the EU on March 29.