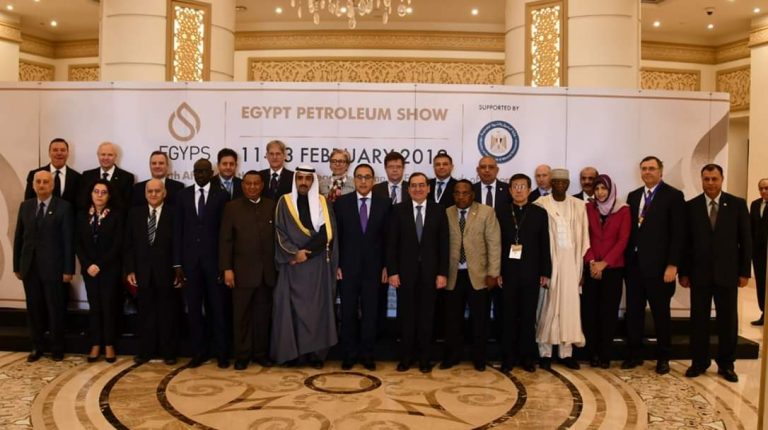 Secretary General of the African Petroleum Producers’ Organisation (APPO), Mahaman Laouan Gaya, said in his speech that Egypt has been a member of the APPO since its inception, and that its role has always been great for the entire continent.

He added that we are carrying out some reforms and attempts at economic development in the continent and that the President Sisi’s presidency of the African Union will continue to present a great deal. He concluded his speech saying ‘long live Africa, long live Egypt’.

Prime Minister Mostafa Madbouly said the economic reform agenda was the priority of the Egyptian government’s agenda. The government is working to create new job opportunities for young people, as well as creating a solid base for the industry.

He added that the economic reform programme has begun to bear fruit. This has been demonstrated by international reports on the Egyptian economy. Foreign exchange reserves rose from $15bn to over $42bn.

Madbouly pointed out that the external cash flows during the past three years reached $163bn in addition to increasing rates of growth of the Egyptian economy.

Furthermore he noted that the ministry of petroleum has recently worked on the implementation of four major projects in the Mediterranean to produce natural gas with investments up to $27bn, bringing the rate of production, when completed, to 6.5bn cubic feet of gas per day (cf/d).

The Minister of Petroleum and Mineral Resources, Tarek E-Molla, said the production of natural gas from BP’s northern Alexandria fields has started with 400m cf/d in capacity.

El-Molla said that Egypt has succeeded in increasing the gas production by about 50% compared to the average production in 2016, while achieving self-sufficiency of natural gas locally.

He also said that Egypt has signed a number of agreements to transform the regional centre for energy, including the signing of an agreement with Cyprus for the transfer of gas from the Aphrodite marine field to the Egyptian liquefaction factories.

Moreover, he announced that the results of the two tenders posed by the Egyptian Natural Gas Holding Company (EGAS) and the Egyptian General Petroleum Corporation (EGPC) will be revealed during the exhibition.

The number of users of the electronic platform for workers in the oil sector reached about 70,000 employees.

Over and above, El-Molla stressed that the success of the conference in the previous two sessions has pushed the ministry to repeat it again, despite talks to hold it every two years, noting that it is a window to view success stories and review future plans.

The minister of petroleum and mineral resources added that the growing number of attendees and participants in the exhibition confirms that, where this year will see 13 pavilions for countries, 16 pavilions for companies, and 400 exhibitors.

High-level US delegation to participate in EGYPS 2020: embassy