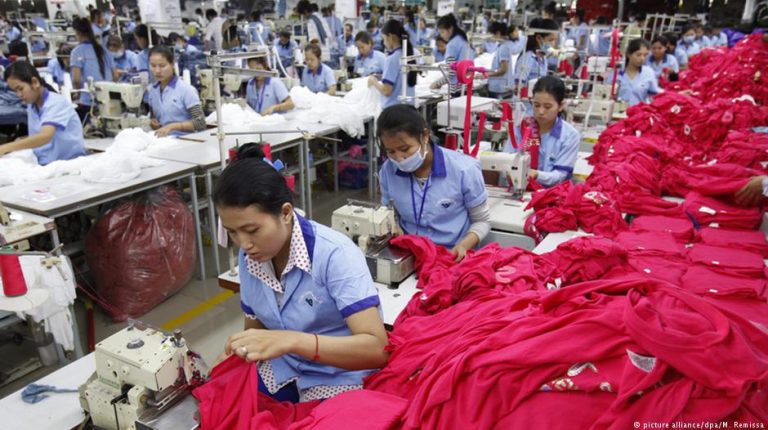 The EU has begun the process of ending Cambodia’s preferential trade deal with the bloc. It says the country needs to do more to address human rights issues at home.The EU on Monday began the process of ending Cambodia’s preferential access to the bloc due to the country’s human rights and labor rights records.

The Southeast Asian nation was granted special access to the EU market last October, under the Everything But Arms (EBA) scheme.

The EBA, aimed at boosting growth in developing countries, exempts countries from taxes on all products except arms and ammunition.

But the European Commission (EC) said that "serious and systemic violation" of human rights principles meant Cambodia may cease to benefit from this scheme.

"Over the last eighteen months, we have seen the deterioration of democracy, respect for human rights and the rule of law in Cambodia," EC Vice President Federica Mogherini said.

"Without more conclusive action from the government, the situation on the ground calls Cambodia’s participation in the EBA scheme into question."

It's not the first time the EU has pressured Phnom Phenh into addressing human rights issues at home. But although some political prisoners have been released, the EC said it needs "more conclusive action from the government."

Read more: Are Cambodian political prisoners being released to placate the West?

Cambodia sold an estimated €4.9 billion ($5.5 billion) worth of textiles, footwear and agricultural products to the bloc in 2018. Almost all of these products were eligible for EBA treatment and the EU is one of its biggest export markets.

The country’s EBA access would not be immediately suspended, but a six-month period of intense monitoring has kick-started. The withdrawal process is expected to take 18 months.