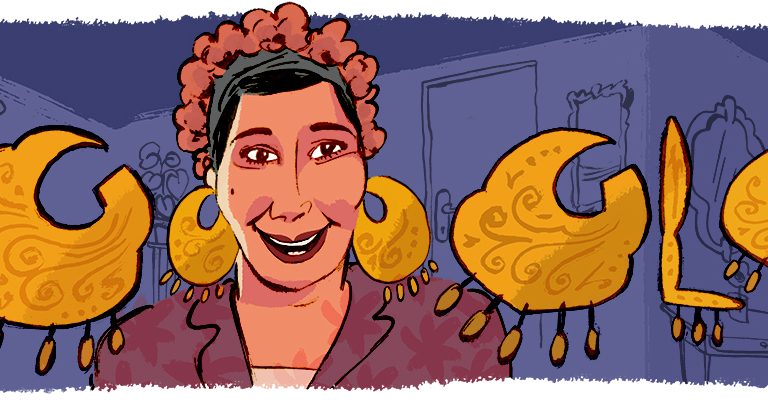 With her famous smile which is carved on the silver screen of the golden era’s history, google celebrated the 114th birthday of the veteran actress, Mary Mounib.

Known as one of the silver screen’s funniest mother in laws, the artist was born in Beirut in 1905. Her family soon moved to Egypt, where she spent her whole life in Shubra. At the beginning of her life, the prominent actress had to work as a dancer at Road El Farag amusement park in order to help support her family.

Afterwards, she was shortly introduced to Al-Rihany troupe, which was the theatre’s most active performing group in the 1930’s. Her remarkable talent started to shine ever since, while performing several theatre plays

The distinguished star is one of the few comedians who topped the list of female artists who managed to capture people’s hearts, despite always playing the role of the evil mother in law who always tries to turn the life of her daughter in law into hell.

Her most famous films are Hamaty Malak (My Mother in Law is an Angel), and Al-Hamawat Al-Fatenat (The Mesmerising Mothers in Law).

Mounib took part in over 200 films throughout her 35-year-acting journey. The alluring star left our world in 1969.