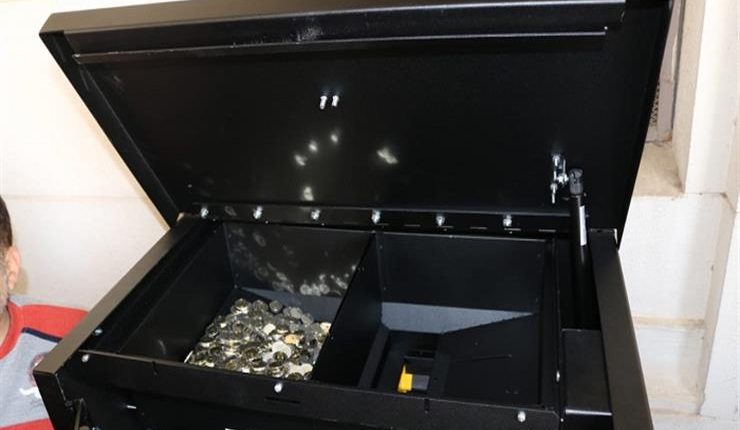 The Ministry of Finance, represented by the Egyptian Mint Authority, is currently conducting operating tests on a new large-capacity machine for the exchange of banknotes into coins, as part of the ministry’s plan to facilitate the process to the citizens, and to also improve the services provided to them.

This is in order to complement the efforts of the ministry of finance to increase the distribution of the coins and also to spread the idea in more than one place across Egypt, in order to ease obtaining coins to citizens.

Sherif Hazem, the adviser to the minister of finance, said that the ministry is currently evaluating the performance of the first machine which was installed at the Al-Shuhada metro station that is located in Ramses Square, with the aim of solving any operational problems.

Hazem explained that the ministry is coordinating with the Mint Authority and the metro operators in order to solve any operational problems, noting that the authority is also working on studying the sites and stations proposed for the future expansion of this new service.

Abdul-Raouf Al-Ahmadi, the head of the Mint Authority, stated that the operating tests of the new machine comes in conjunction with the issuance of the new images on the coins of EGP 1 and 50 piasters which bear the images of major national projects in Egypt.

In early February, the Mint Authority announced the issuance of coins which will bear the images of major national projects in Egypt at their nominal value in order to raise awareness on the national projects in the fields of renewable energy, irrigation, agriculture, as well as roads and urban development, which represent some of the current government’s achievements.

At that time, Hazem explained that the most prominent achievements highlighted on the coins are the New Administrative Capital, the solar power plants in Aswan, the upgraded national network of roads, power plants, the city of New Alamein, the Zuhr natural gas field, and the New Assiut Barrages.