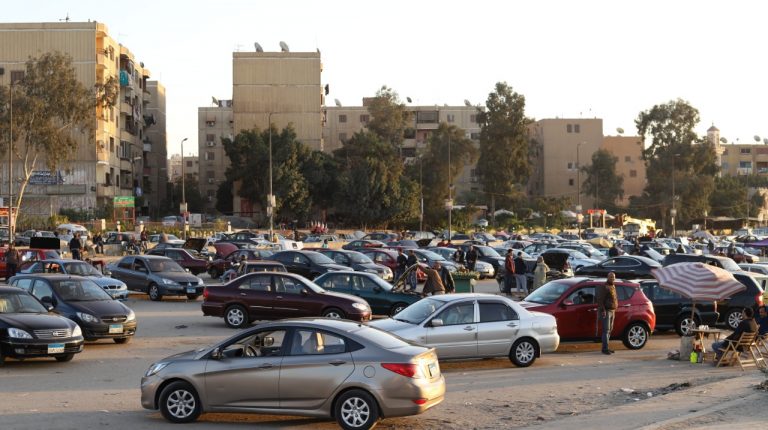 It seems that car market in Egypt, whether new or second-hand, is sufficiently broken, so new decisions or fees barely have an impact. The people have already boycotted the market so the decision of the Transport Minister imposing notary fees on purchasing new and used cars passed unnoticed.

The Official Gazette published the Minister of Justice’s decision no. 176 of 2019 which determines the value of fees on cars pursuant to the provisions of the Registry Fees Act no. 70 of 1964 and its amendments.

The decision stipulates: After perusal of Law no. 70 of 1964 and its amendments on notary and registry fees, and after the approval of the Finance Minister and the decision of the Minister of Justice 8656 for 2013 it was decided:

Article 1: The value of automotive vehicles, referred to in the second item of Article 21 of Law no. 70 of 1964 on the notary and registry fees, is determined according to the value shown in each pricing category on the condition that it is not less than the indicated value in the tables attached to this decision.

Article 2: The value of each vehicle shall be reduced after it has been determined in accordance with the provisions of the preceding article at a rate of 5% for each year from the date of production to the date of notary request on the condition that it is not less than the minimum value indicated in each of the attached tables.

Article 3: This decision shall be valid for five years ending in 2023, then these tables shall be reconsidered.

On the implications of the increase in registration fees, Ibrahim Saed, CEO of used car markets in the Tenth District of Nasr City, said that the registration fees for cars in the notary offices increased by 40% on the registered contracts, adding that clients used to pay notary fees of EGP 1,000 when registering a Lanos, but now they will pay EGP 1,400. He noted that the new fee increase was applied three weeks ago.

Saed added that the used cars market will not be affected by this increase in registration fees, noting that 90% of sales in the used market is conducted through a power of attorney, not registered contracts, adding that the impact of this decision will be on the buyer, not the merchant, which has yet to be seen due to the recession in the market.

He pointed to the difference between car dealers who work on the ground and normal sellers who come to the used car market to sell his own car, saying that the merchant depends on the power of attorney in the sale of his car and if the buyer wants to register the car’s contract to his name at the notary office, he can do it himself, either during the purchase or when the car license expires. Those selling their own cars are keen on registering the car to the new buyer to avoid having two cars to their names if they decided to buy a new car. In that case, he would bear part of the notary fees. Yet, the buyer normally bear all registration fees.

As for the difference between the power of attorney and contract when buying a used car, Saed said that the registered contract means the transfer of ownership of the car to the name of the buyer and therefore he must obtain a new license registered to his name in the General Directorate of Traffic. The power of attorney allows the buyer to use the car while bearing the name of its old owner and old license without the need to renew it. In either case, the buyer can sell the car again.

He added it is better for the buyer to register the car he buys with a contract in the notary office, being the only ownership document. It is possible that traders sell the same car to several buyers.

Mahmoud Moussa, used cars trader, said that the new car registration fees will not affect the market now, where the market has already experienced a significant recession since the fourth quarter of 2018 and increased at the beginning of 2019.

Buyers normally rely more on the power of attorney than registration in the notary office, so the increase in fees will not affect sales rate, he added.

He further added that buyers usually bear the registering cost and can do so at any time under the power of attorney. Under the current stagnation in auto market, buyers will further avoid buying.

He pointed out that the registration fees have not increased much on cars under 1,600 CC, while the highest increase was for cars of over 2,000 CC.

Ahmed Eissa, another used cars dealer, said that the market has been in recession recently so the notary fees will not impact the market, as most sales are done through the power of attorney. Of each 10 used car sales, only eight buyers register the car, he said.

These fees had increased before and did not affect the market at the time, he added.

Mina Nabil, a used cars dealer, said that people like to save, adding that the buyer prefers to buy the used cars through the power of attorney instead of registering it to save money. He noted that the increased charges will not affect the market, as the fees have increased not the price of cars.

Ibrahim Mohamed, a used cars dealer, had a different opinion. He believes the increase in the notary fees caused a shock. While the market has been already in recession, the new increase will push down sales even more.

Most buyers prefer to buy the car through the power of attorney to avoid more expenses, but sooner or later they will have to register the car when its license expires, he added.