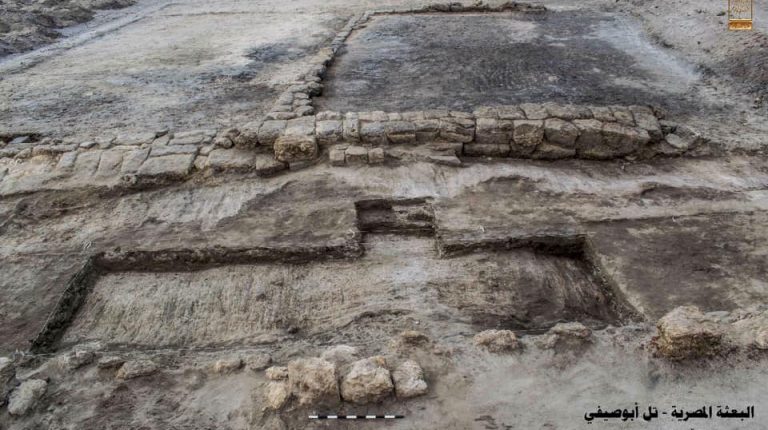 An ancient Roman-Ptolemaic maintenance workshop which was used to repair ships during this era was discovered in Til Abu Sefi, North Sinai, the Ministry of Antiquities announced on Tuesday.

The workshop was found to be built of bricks. The archaeological site used to be a well-known Roman city called Abu-Sila.

Moustafa Waziri, secretary-general of the Supreme Council of Antiquities, stated that the workshop included several shipyards to build and maintain vessels. The biggest shipyard was located eastern the workshop. The biggest shipyard’s two walls were unearthed with a six-metre width shipyard. The aisle where the ships were used to be dragged inside to be repaired was found 25 metres long.

Nadia Khedr, head of the Central Department of Sea Antiquities, added that most of the gear bricks the workshop was built of, were ripped off their original place to be used else wise. Khedr explained that this happened ages after the Roman era, when the residents found that the marina was no longer used due to the drying of the River Nile at that era.

She added that remains of decayed wood sticks were also found, and the mission did not detect whether they belong to an ancient vessel or they were used in the maintenance process.

Bronze and steel nails were also unearthed in different sizes and shapes, which are believed to be used in repairing giant ships.

The discoveries come in the second season of the excavation mission. Among the discoveries, there were also remains of some types of fish known to live only in the Nile as it used to pass by the site at the time. Moreover, pottery pots were also found at the archaeological site, some of them were detected to be made in Egypt and others were found to be exported.