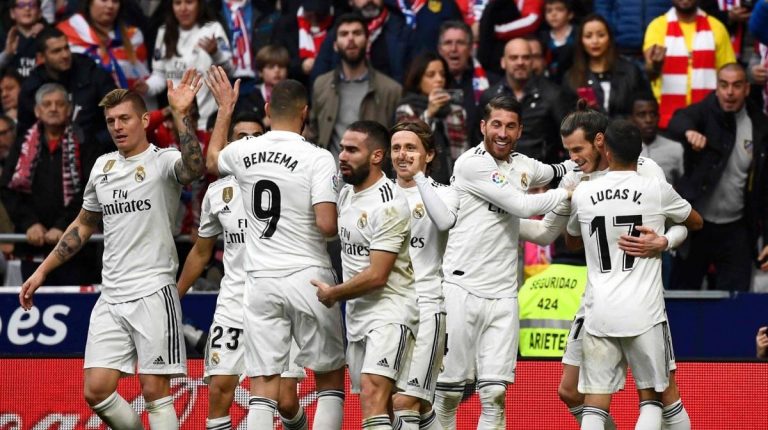 Football fans around the world will turn to TV as the title-holder Real Madrid plays AFC Ajax in the UEFA Champions League’s round of 16 on Wednesday.

The Spanish side aims to retain European crown in Champions League for the fourth year in a row benefiting from recent improvement in its performance after Argentinian coach Santiago Solari took the helm of the team. Recently, the Meringues played its rival Barcelona in the first leg of Copa del Rey’s semi-finals which ended in a draw with goals from Lucas Vazquez and Malcom at Camp Nou.

In La Liga, Solari led the team to crush Atlético Madrid 3-1 in its last match in the tournament, to move up in the table to second place bridging the gap with Barcelona to six points only. The Royal team has not been defeated in its last consecutive seven matches in all tournaments.

Meanwhile, Ajax powered with high hopes and aspirations has reached the round of 16 for the first time in 13 years. Equipped by a unique generation of young players, the Dutch team attracted the world’s attention with its brilliance and outstanding performance this season.

Ajax’s talented players have turned the eyes of the world, such as defender Matthijs de Ligt and the Moroccan striker Hakim Ziyech. This game will be a special bet for Ajax’s Frenkie de Jong who seeks victory to provide a token of love to Barcelona’s fans, having agreed in advance to join the Spanish club on 1 July.

The two teams met in 12 previous European encounters, of which seven games won by Real Madrid, four games won by Ajax, and only one draw.

Simultaneously, the Wembley Stadium in the English capital London will host a strong clash between Tottenham Hotspur and Borussia Dortmund.

Tottenham is witnessing a state of recovery and strength in its performance and results, after achieving a sweeping 3-1 victory over Leicester City in the last matchweek of the English Premier League. The English team aims to achieve a positive result in its European clash to give its players more strength and determination to compete in all tournaments.

Germany’s Borussia Dortmund, meanwhile, were plagued with disappointing results recently. They were crashed out of the German Cup on 5 February losing a penalty shoot-out at home to SV Werder Bremen. In their last two league games, BVB drew Eintracht Frankfurt and Hoffenheim.

BVB’s star Marco Reus will miss the game after suffering a hamstring injury during the German Cup match last week.