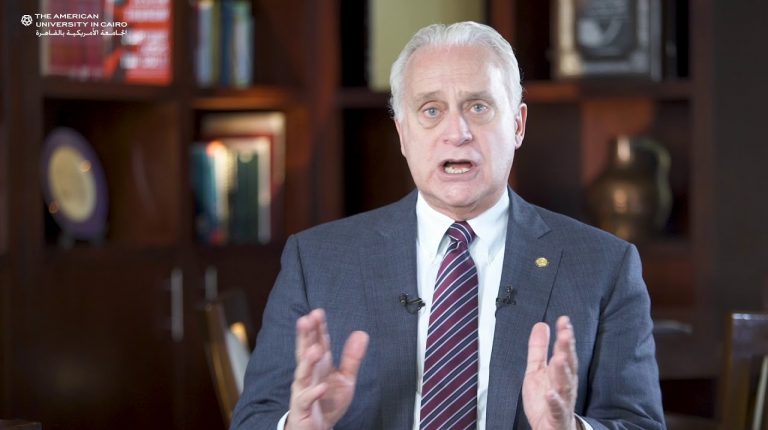 Celebrating its centennial, the American University in Cairo (AUC) announced launching a new campaign with the aim of collecting $100m in order to support the quality of education, and maintains the provision of a one of a kind educational system.

Under the name of the AUC’s centennial campaign: A New Century of Impact, the campaign was launched within the same time frame of the gala celebration which was held earlier this week to celebrate the 100th anniversary of the AUC, along with the launch of the Tahrir Cultural Centre.

“We have arrived at a transformative moment — for Egypt, for Cairo, and for the Middle East and North Africa. The choices we make today, how we educate our young people to be innovative, to be creative, to take prudent risks, will have a tremendous impact on the world we share tomorrow,” said AUC’s President, Francis Ricciardone.

The campaign managed to reach 70% of its target with the support of individuals and foundations.

Ricciardone stated in a press release that the campaign is also dedicated to provide students with scholarships, regardless of their nationality.

“The AUC has served as a forum for ideas and international crossroads which has welcomed American and other international scholars to this pulsating heart of the Middle East. It is our priority now to refresh and revitalise that experience,” Ricciardone added.