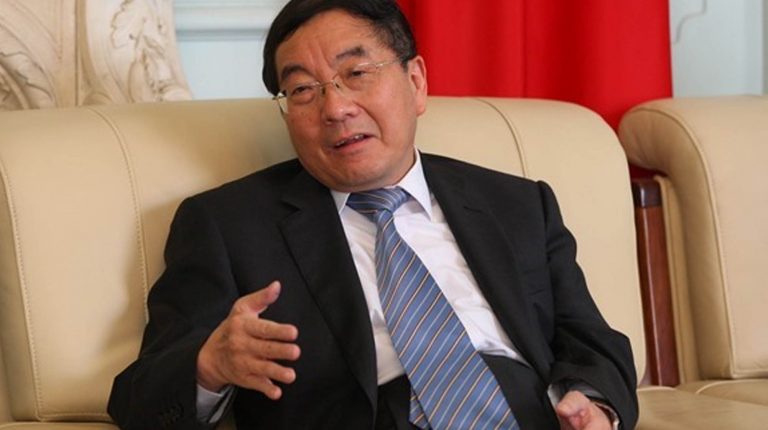 The Chinese ambassador to Egypt, Song Aiguo, affirmed his country’s willingness to share its experience of reform and the country’s openness with Egypt, which will push the China-Egypt comprehensive strategic partnership into a new level, and will result in building their relations toward a common destiny with a shared future.

“The 40 years of China’s reform and openness is also a golden period for the development of the China-Egypt relations, especially in the recent years, with the personal care of President Xi Jinping and President Abdel Fattah Al-Sisi,” Aiguo mentioned on Tuesday evening at the opening ceremony of the photography exhibition, which was held with the theme of ‘Forty Years of Reform and Opening up of China’.

The ambassador also confirmed the importance of the joint cooperation in the implementation of the Belt and Road Initiative, and the New Suez Canal Corridor project, adding that in the current era, the international society is undergoing extensive and profound changes.

China’s reform and development are facing new situations, new tasks, and new challenges, Aiguo also mentioned, adding that in light of all these new developments, China is making greater efforts in order to push its reform agenda, and to open up its markets deeper and wider.

“More than 700 million Chinese got rid of poverty. The Chinese people have made the impossible possible with their own hands. We are very proud of it,” he concluded.