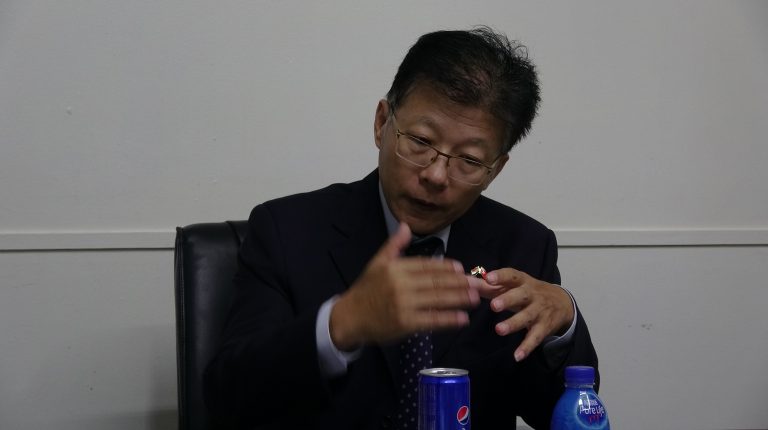 The Export-Import Bank of China (Exim Bank) is expected to offer Egypt $3bn worth of new funds over the next couple of years, Han Bing, economic counsellor at the Chinese embassy in Egypt, said on Tuesday.

“Exim Bank is very active in the Egyptian market. It is involved in some projects, including a facilitated loan of $1.2bn for the implementation of Egypt’s first electric train, several hundreds of millions for the New Administrative Capital and over $1bn for the Hamrawein coal plant,” Bing told Daily News Egypt on Tuesday at the opening ceremony of the photography exhibition held under the slogan “40 Years of Reform and Opening up of China”.

Moreover, Bing defended the Chinese-financed project of electric train in Egypt, which includes two parts; the civil work conducted by the Egyptian companies and financed by Exim Bank, and the other part is related to the project’s equipment and will be implemented by Chinese companies.

On 25 January, Fitch Solutions released a statement suspecting the electric train project, noting that while Egypt’s rapidly growing population and the development of new urban areas will drive demand for investment in public transport, the business case for expensive new railway developments is not strong in the medium term.

Furthermore, Bing added that the Exim Bank is negotaiting other large projects in the petrochemical sector with Egyptian partners, in addition to applying to the tender for the high-speed railway.

Additionally, the Chinese counsellor said that the China Development Bank’s (CDB) total funds in the last three years reached about $5bn, pointing out the bank’s latest loan agreement with the Central Bank of Egypt (CBE) in 2018 was worth ¥7bn.

He noted that Chinese companies are also seeking new deals with Egyptian partners in the renewable energy sector. “I hope these deals will become real in this field.”