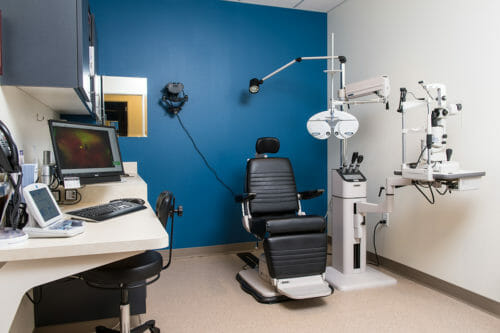 Ramasamy Kim, head of retina services at an eye hospital in southern India, and his team have examined about 15,000 images from across the country showing the interior surface of the eyeball, known as the fundus over the past five years.

By grading each image, marking abnormal spots, lesions and indications of bleeding, they have contributed to a database of retinal images from all over the world, compiled by Google and its health tech subsidiary, Verily.

The data has been assembled into an algorithm – a set of instructions built into a computer programme to identify eye complications arising from diabetes.

Over time severe diabetes damages the tiny blood vessels of the retina. It causes them to leak blood and cholesterol. In many cases, the patient does not even realise this is happening.

There are no symptoms until retinal tissue begins to swell, vision becomes cloudy and eyesight begins to fail. At this point, it is difficult to treat, and, in some cases, irreversible.

Google and Verily say they have addressed the issue in India by working with well-established eyecare centres to build the raw data that their algorithm needs.

“By partnering with well-known institutions, we can continue our research and pilot studies in implementing artificial intelligence(AI)-powered screening technology,” says Lily Peng, a Google product manager.

Machines now can be trained to identify even the earliest stages of the diabetic retinopathy and grade it with as much accuracy as a human doctor.

In developing countries, AI technology that employs data sets for machine learning is now expected to make rapid strides as an effective screening and diagnostic tool. In India, for example, it has the potential to save millions of lives.

AI algorithms in development have the potential to work with specialised attachments to ordinary smartphone cameras, making them cost-effective.

Big data and AI have yet come in for stinging criticism in recent years, over issues of privacy, fairness, accountability, and transparency.

Copts and political action before the 1919 revolution

The tear gas in Tahrir

Interior officials meet with representatives for people with disabilities