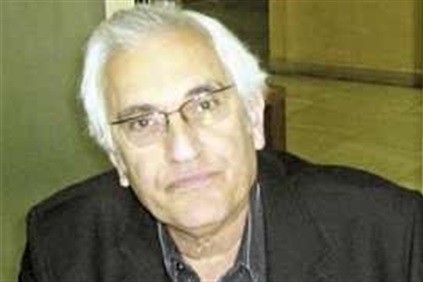 The Egyptian Company for International Trade (Belco) aims to increase its exports this season by 10% amid difficult market conditions, as there is a high supply which resulted in lower prices.

Sherif El-Beltagy, head of Belco’s, said that the company aims to increase its exports volume to 11,000 tonnes during the current export season, compared to 10,000 tonnes in the last one.

“As for the volume of business, the company expects its sales to stand at EGP 234m this year, which is the same as last season, as there is an increase in the global supply of agricultural commodities this season,” El Beltagy added.

He continued, “This high supply drives companies to offer lower prices to customers than the previous season, in order to compete with exporters from other markets.”

El-Beltagy explained that the company operates in the local market in parallel with foreign markets, but the ratios vary from one product to another.

Furthermore, he elaborated, “Belco obtains its products from agricultural areas of up to 3,000 feddan producing about 10,000 tonnes annually. Some of the areas are owned by the company, and rents the other parts,” further adding, “The company is working on the reclamation of 500 additional feddan, contributing to increasing the export proceeds with the entry of production in coming years.”

Moreover, Belco operates in three main products, mainly green beans, and exports about 60% of its annual production, while 70% of the onion crop is exported as well as 65% of the grapes.

Only three markets account for Belco’s agricultural exports, with 40% to the UK, 40% to Germany, and the Netherlands with 20%.

Noteworthy, Belco produces a list of vegetables and fruits, including green beans, green onions, lettuce, cabbage, grapes, and peaches, with a total volume of 10,000 tonnes per year.

In addition, El-Beltagy stated that the new markets are gradually opening to Egyptian products, but it will take years in order to gain confidence in those crops. Afterwards, the number of Egyptian exports will increase one step at a time.

He noted that East Asian countries are of utmost importance to Egypt during the current period, especially after local products were able to invade the Chinese market several years ago through citrus crops, and managed to penetrate it last year by exporting grapes.

What’s more, El-Beltagy predicts that the markets in Canada and Australia will witness a surge in the Egyptian products in the coming years, with the shipping period dropping to 20 instead of 35 days.

Over and above, the Agricultural Export Council is working to develop an awareness plan for exporters in order to train them on the ways of dealing with foreign markets, and increasing the volume of their work without harming the value of the product.

He pointed out that in order to boost Egypt’s exports, we need to enhance our products through cultivating new varieties which commensurate with foreign consumers’ tastes.

El-Beltagy remarked that the increase of the exported quantities last season with about 470,000 tonnes is a good step toward the development of the sector and the acquisition of a larger share in world markets.

Plus, he referred to the fact that Egypt is facing a tough competition in foreign markets this season from Spain, Morocco, Israel, and Turkey, especially in grapes, as well as citrus crops.

Yet, the opening of many new markets such as Vietnam and Canada will help boost the presence of Egyptian crops in global markets.

In conclusion, El Beltagy declared, “Russia is an important market for Egypt, as consumers there trust Egypt’s products, which are also sold at good prices.”

Belco to maintain its exports at $7m this season