Egypt, undoubtedly, has made progress in eradicating Hepatitis C through a national campaign in this regard. This effort has been acknowledged by all renowned health organisations around the world.

According to The Atlantic, despite the availability of revolutionary new drugs, countries with more resources have not made similar progress against the disease. And that what qualifies Egypt to be at the forefront of eradicating Hepatitis C treatment are worldwide providers.

In an exclusive interview with Daily News Egypt, Executive Director of Tour n’ Cure, Athina Sideri, a leading company in medical tourism, follows Prime Pharma Company and Pharco, which is the producer of Hepatitis C treatment in Egypt, clarified the company’ mission in Egypt.

She expressed her optimism about medical tourism sector as one of the significant sources of state income, the transcript of the interview is below, lightly edited for clarity:

How do you evaluate what Egypt has achieved until now in fighting Hepatitis C?

Egypt is doing a great job in fighting this serious disease which qualifies it to be a leading country in this field, with an effective treatment without waiting in the least and at a reasonable cost.

When did your company start working in Egypt as one of Pharco’s companies, the producer of the Hepatitis C treatment?

Well, Tour n’ Cure has been already in Egypt since 2016, under the umbrella of Prima Pharma, while the campaign has started even before we took it to London or Greece and Cyprus. Lionel Messi did a great job to be the face of this campaign in 2017 here in Egypt.

Actually, Prime Pharma through Pharco Company is producing the medicine to cure Hepatitis C, in addition, the company and its team internationally approached the young people through the campaign to go and be tested. There are new leads on diagnosis, we get patients in every day they do not actually get it from blood transfusions or other means but they can infected through every day uses, like getting a tattoo, nail stamps or through any way, that it is not hygienically correct, might lead to infection, even through bleeding.

From your perspective, what are Egypt’s qualifications to achieve such progress?

Egypt now has and produces the treatment; furthermore, it has been widely renowned by the World Health Organisation (WHO). At the same time, we, as Tour n’ Cure, have a trilateral agreement among the major the three countries Egypt, Greece, and Cyprus, in this regard, which means more enhancement to medical tourism here in Egypt, in particular the Hepatitis C treatment, among the domestic and foreign patients alike.

And what about the treatment environment?

Indeed, the medicine in Egypt has been very well upgraded. But, because of a Middle East far destination, many European patients have not been keen to come. But the UK is going to have a Brexit in late March, so there is a need to get patients from Europe and England in Egypt to be cured by the Egyptian treatment. And I think a lot of ministers of Europe’s government are working on negotiations at the governmental level in this regard now.

Does your company cooperate with other counterparts in a way to enhance your role in Egypt?

Yes, for sure. We have been in contact with various organisations that are focusing on treating and tracking Hepatitis C, to boost our mission in Egypt through the Tour n’ Cure campaign. We seek to get many patients tested in Egypt, so why not have the treatment here in Egypt? Especially since it is a very cost-effective, it’s quite expensive back in England.

What are the competencies that drive Egypt to be a pioneer in combating Hepatitis C?

Clearly, Egypt is cheaper than any other country in the world in this regard, offering the best for such diseases. Let me say that in England, for instance, the treatment package might cost around £ 56,000 for one patient, while here in Egypt it might be only around £ 4,000, inclusive of the touristic entertainment and the week that people need to spend here for convalescent purposes.

Is the treatment price the only competency Egypt has?

Absolutely not. The quality of hospitals, services, and testing is much upgraded. Egypt really has highly equipped and trusted hospitals and advanced labs which motivate us to cooperate with them. And recently we have signed a protocol of cooperation with the Dar Al Fouad private hospital to cure British patients from Hepatitis C in Egypt. According to this protocol we will expand the umbrella of cure services to include other fields in the future. In addition, we will sign with all hospitals that are really certified for patient treatment around the world.

What about coordination with official bodies here in Egypt?

Tour n’ Cure is in contact with many governmental hospitals and many diagnostic centres, Dar Al Fouad is just the most recent one. We are associating with most of them because we are participating as Tour n’ Cure Egypt and Tour n’ Cure International in London in the campaign that Egypt has taken from the WHO, so already we have cured here 1,250,000 patients.

The problem is to get the treatment known to countries outside Egypt and get the patients here in the frame of medical tourism. And, to get know that this treatment is really effective. At the moment it is not registered in Europe, so this is why we try to get in Egypt.

Does you work focus only on hepatitis C treatment?

Yes, for the moment it for hepatitis C. But, with the cooperation that we have with others hospitals, basically we are looking for Tour n’ Cure programmes in other sectors that will be announced later. 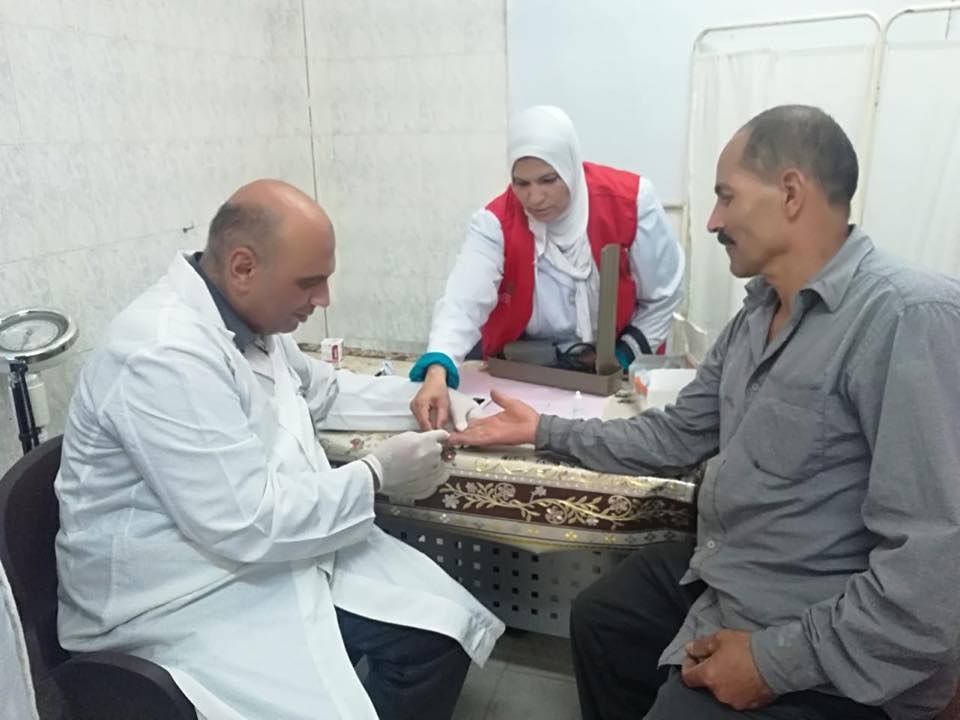 So, you do not intend to enter into other medical tourism fields?

We hope to. There are many serious diseases around the world and here in Egypt such as We Cancer. That means that we need other many innovative treatments because if there is available, effective treatment for such diseases in a country, it will qualify it to be a point of the medical tourism.

We have to be innovative in the treatments so we can attract more patients to come to the Middle East.

What is your outlook for medical tourism in Egypt as an economic sector?

I think it is a very promising sector. More and more insurance companies expand the vision of having patients being treated in the Middle East. In this point, we are looking forward to Abu Dhabi’s medical tourism conference that will be held in October. Such events will be very good for the whole of the MENA region, not only for Egypt, which is already a very big country in its medicine sciences.

Then, what qualifies Egypt to make a progress in this regard?

It has potentials that are very good from all points of view. First of all Egypt has a very good weather all year around, in the same time it is a very famous destination. I think many Europeans will find it easy to come here and vacation together with the treatment. Moreover, the prices are much cheaper a long with the upgraded quality of the medical services.

How do you see the investment environment in Egypt?

I think investment prospects are going to be greater even after Brexit. we are all waiting for Brexit to happen as it will influence the whole of Europe, as after the Brexit all European countries will face a problem of being accepted in the National Health System of England which is the reference point for them in health sector. So, they will look for other destinations. Egypt already has the connection to this reference in the UK as well as Cyprus and Greece.

Is Egypt ready to be a global hub in medical tourism?

I should think it ought to be, particularly in Africa.  Egypt is an important reference in medical sciences and many clinics institution from abroad are already investing now a health sector in Egypt based on its great prospect in the medical tourism more than other kind of tourism.

What are the challenges that your work faces, and how do you deal with them?

We face challenges on a daily basis. But, eventually we can deal with them. And our branch here with our partners makes the environment of negotiations easier with the government and Egyptian authorities. No doubt that bureaucracy is the significant challenge that any investor here in Egypt faces, but we all know it takes more time than usual, and we can cope with that.

What is most needed for Egypt currently to boost its medical tourism business?

Medical tourism is the best prospect at the moment. It is a heavy industry in Egypt, with many constructions, and medical supplies and production of medicine has been expanded a little bit like India for example. Egypt will be a good source for medical input in Europe so it can export and create a lot of different kinds of income for the country. Exports is really what Egypt needs in this current phase.