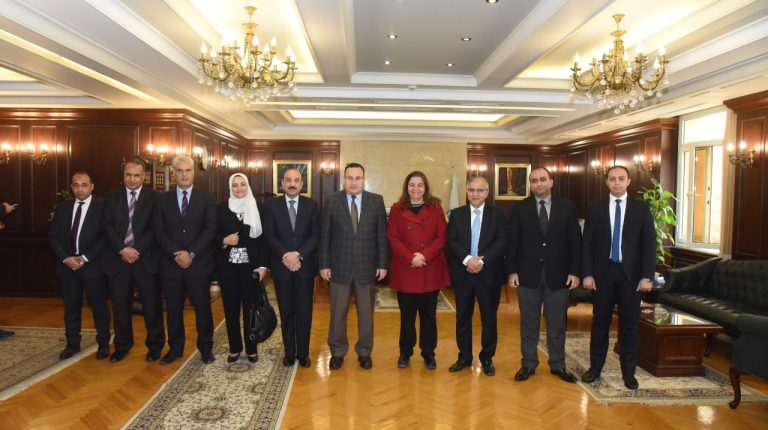 The Industrial Development Bank (IDB) has signed a cooperation protocol with the governorate of Alexandria and the Mortgage Finance Fund (MFF) in order to fund low-income individuals’ residential units in the governorate.

The new protocol aims to make the bank fund 1,138 units on a total area ranging from 63,000m to 65,000m for low-income citizens, with a 5-7% interest rate with a repayment period of 20 years, within the initiative of the CBE for real estate funding.

The agreement was signed by Abdelaziz Qansua, the governor of Alexandria, and Maged Fahmy, the chairperson and the managing director of the IDB, as well as Mai Abdelhameed, the CEO of the MFF, in the presence of a large number of the executive leaders in the governorate.

According to Fahmy, the protocol is in accordance with the state’s plan to provide low-income citizens with suitable homes with only 5% and 7% interest rates.

Fahmy pointed out that the IDB was one of the first banks to participate in the CBE’s initiative as it managed to offer funding worth EGP 845m for 8,048 clients, since the initiative was launched in 2014 until now.

He also explained that the bank played a role in delivering gas to homes as being the right of every citizen, as three agreements were signed with Natgas, Fayoum Gas, and Sinai Gas to fund the delivery gas to 375,000 residential units with a total funding of EGP 675m. The implemented ones so far have reached 127,000 in Alexandria, Fayoum, Beheira and Sharqeya, with funding worth EGP 335m. Additionally, gas was delivered to industrial units.

According to Hamdi Azzam, the deputy chairperson of the bank, the new protocol signed with the Alexandria governorate and the MFF is the culmination of a series of successes achieved by the bank in the retail banking file, to rank fifth among Egyptian banks and the banks operating in Egypt in the initiative of the CBE’s for real estate finance.

El Sayed Fathallah, the head of branches, retail banking, and real estate funding in the bank, said that the bank has managed to achieve a major success in the sector of real estate funding as it provided funding worth about EGP 119m in 2016, increasing it to EGP 340m in 2017 with a 187% growth, increasing to EGP 845m currently, with a 149% growth.