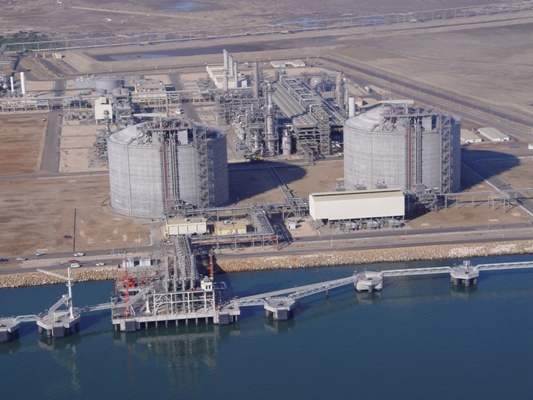 The Egyptian government has agreed with the foreign partners in the Damietta Liquefaction Plant to export about 550m cubic feet (scf) of gas daily to international markets by April after a suspension which lasted for six years.

A source at the petroleum sector told Daily News Egypt that a settlement agreement was reached with the Spanish Union Fenosa Gas (UFG) regarding the invalidity of a judicial verdict issued by the International Centre for the Settlement of Investment Disputes (ICSID) against Egypt’s Natural Gas Holding Company (EGAS), as the plant of Damietta gradually goes back to operation.

He explained that the ministry of petroleum has agreed with foreign partners in the Damietta Liquefaction Plant to compensate the company for the period during which its operation was suspended with amounts of money deducted from EGAS’ share in the revenues of re-operating the plant, in exchange for waiving the international verdict issued against Egypt.

Noteworthy, Eni is establishing a land pipeline from the Zohr gas treatment plant all the way to the Damietta plant in order to export the amount of the gas produced to the European market after obtaining the approval of the ministry of petroleum.

The source added that the ministry has approved allowing the plant to export some of the amounts of the locally-produced natural gas until the gas arrives from the fields of Cyprus and Israel located in the Mediterranean, which would achieve economic revenues in Egypt and end arbitration disputes.

The government has reached a deal with the foreign partners at the Damietta Liquefaction Plant on the prices of gas and the charges of using the national gas network, in return of gradually re-operating the plant and exporting the locally produced natural gas.

Recently, a ICSID subsidiary has issued a penalty against EGAS to compensate Spain’s UFG with the sum of $2bn.

The Ministry of Petroleum said in a previous official statement that the dispute erupted when UFG filed an arbitration lawsuit against Egypt, demanding a compensation of $4b.

The foreign partners of the Damietta plant have accused EGAS of refraining from supplying the gas quantities agreed upon by the Egyptian General Petroleum Corporation (EGPC), EGAS, and UFG in 2000, which obligates EGAS to provide Damietta plant with a total of 750m scf/d, starting from the date of its operation in January 2005.

Damietta’s ownership is distributed between partners through 26% for Italy’s ENI, 26% for UFG and SEA Gas, while 48% is owned by the Egyptian government.