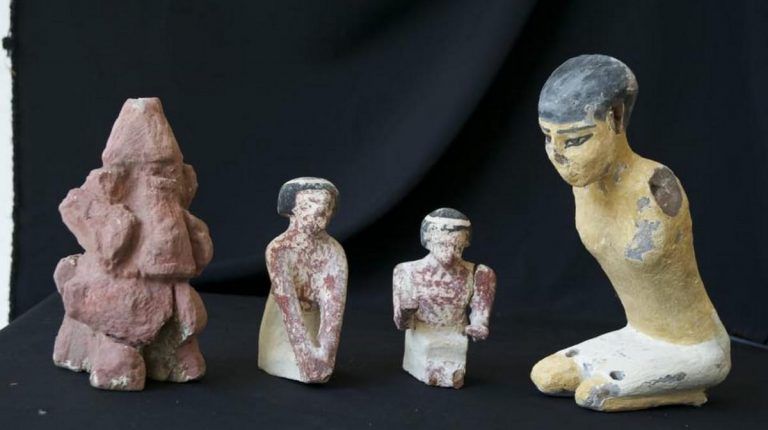 Following the case of the smuggled artefacts which Egypt retrieved last July, the Prosecutor General, Nabil Sadek, ordered the detaining of Raouf Botros Ghaly, the brother of the former Minister of Finance, Youssef Botros Ghaly, for 15 days pending investigations.

The Prosecutor General accused Ghaly, along with another diplomat, of illegally smuggling 195 artefacts, and 21,660 coins, which were not documented at the ministry of antiquities, in a diplomatic bag which was caught at Salerno Costa D’Amalfi Airport in May 2017.

Egypt’s Ministry of Foreign Affairs announced last May that the Egyptian Embassy in Rome was informed by the Italian authorities of the seizure of a large number of artefacts, including 118 Egyptian pieces which belong to different historical eras from the ancient Egyptian civilisation to the Islamic era. According to the BBC, the former Italian consul in Egypt was the diplomat involved in smuggling the artefacts. Sadek also ordered freezing the assets of the consul and his wife, as evidences prove their involvement in the case.

The Assistant Minister of Foreign Affairs, Ayman Mesharafa, met at the time with the acting Italian ambassador to Egypt, Stefano Catani, and requested the name of the passenger whom the bag was seized with. Yet, the name was never announced to the public.

Egypt’s Ministry of Foreign Affairs previously stated in a press release that the Italian authorities informed Egypt 10 months after the seize, which raised deep concerns from the Egyptian government toward the reasons.

Nonetheless, the situation was reversed when the Egyptian authorities retrieved the antiquities in July, as the ministry of antiquities expressed nothing but its deep gratitude for the help of the Italian authorities in assisting in returning the relics back to their home within a short period of time.

Moustafa Waziri, the secretary-general of the Supreme Council of Antiquities, told local media outlets at the time that the return of the antiquities in such a “short time period” is due to the support received from the Italian authorities, unlike the usual time spent in similar cases, which usually takes up to five years.

“The return of the artefacts was executed in an unprecedentedly short period after the Italian authorities reported the incident to the Egyptian counterparts,” Waziri told Ahram Online.