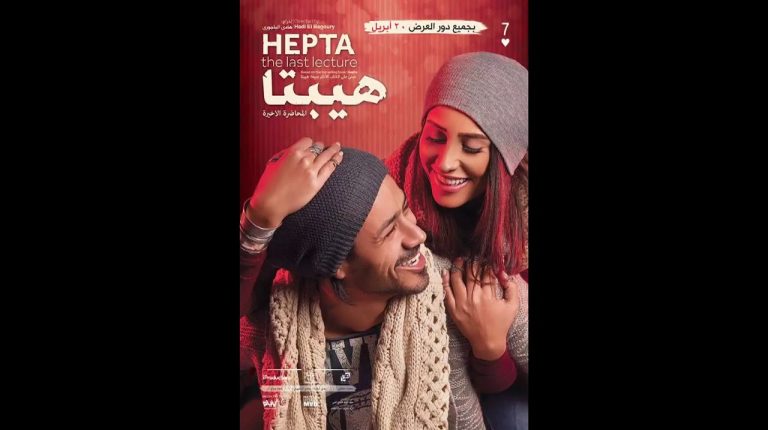 Within a short period of time after its release in theaters, Hepta: The Last Lecture remained a number one hit on the silver screen for months. The film was taking over the cinema halls, leaving extremely a little competition space for other films. Yet, this was not the film’s last stage of success.

The film was based on a top selling novel of the same name, written by Mohammed Sadeq, and directed by Hady El-Bagoury.

Through its plot, the film takes audience into the seven stages of love, since it starts with a sparkle, going through its struggles.

“When I saw Hepta: The Last Lecture, I decided to remake the film in Indian language to share it with the Indian audience. I strongly believe that this is only the beginning and we shall soon be seeing films from Egypt and India being remade in respective language. I am sure in the years to come we shall soon have Indo-Egyptian co-productions,” said the Indian producer Boney Kapoor.

He believes that India and Egypt have been strongly influencing each other’s culture, art, and architecture since ancient times.

The Indian production company is known to be leading at producing award winning films in India and international film festivals, including Manish Jha’s Matrubhoomi: A Nation Without Women which won the FIPRESCI Award in the Venice International Film Festival 2003, Judaai (1997), No Entry (2005), and Wanted (2009), which broke multiple box office records in India.

Even before its remake, Hepta: The Last Lecture collected many awards in different film festivals, including 10 awards at the Arabian Cinema Awards (ACA), six awards in the 65th Egyptian Catholic Center Cinema Festival, four awards from Dear Guest Magazine (DG Awards), and the Audience award in the Arabian Sights Film Festival in Washington.

The agreement took place on the sidelines of the 69th Berlin International Film Festival.

The film’s Egyptian producer Hani Osama attributed the film’s huge success internationally to its attracting story. “Hepta, as a novel, had a certain universal appeal that gave the film its phenomenal success. The Egyptian film managed to become the highest-grossing romantic film in the history of Egyptian cinema. I’m positive that the Indian audience will like the remake,” he explained.

The agreement comes a few days after the film’s crew announced they are launching a sequel to the film.