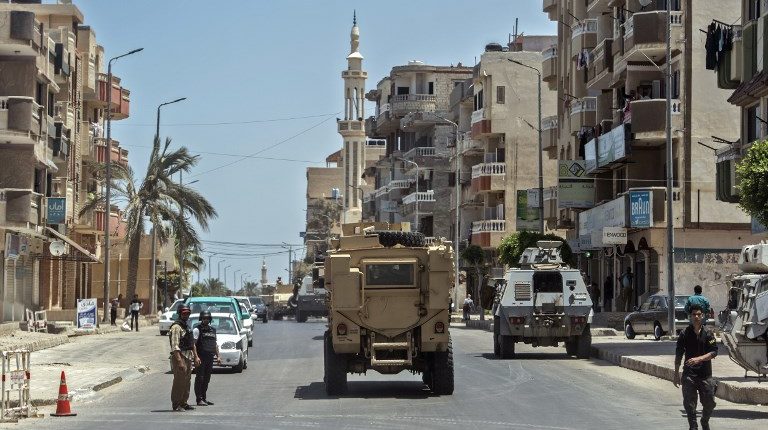 Egyptian writers followed several topics in Sunday newspaper issues, including the Saturday terrorist attack in Al-Arish which killed and injured 15 military personnel, according to the military. Seven militants were also killed in the clash, the military added.

Al-Ahram editorial came with the title “Desperate messages of Terrorism”. It said that the Arish and Giza attacks aimed to divert attention away from two significant events, Egypt’s chairpersonship of the African Union and Al-Sisi’s participation in the MSC.

The editorial added that both attacks were carried by “desperate group” of terrorists who try to claim that Egypt is not safe. On Friday, the Interior Ministry said it defused a home-made bomb that was targeting a security checkpoint near El-Istiqama mosque in Giza.

In Al-Akhbar newspaper, Mohamed Bahnasawy pinned that Egypt made a significant triumph against terrorism and its sponsors in a very brief time. Bahnasawy stressed that Al-Sisi’s speech at the MSC showed Egypt’s strong position in the region and the whole world and asserted that Egypt did not just defeat terrorism but also all lurking regimes which support terrorism.

Also in Al-Akhbar, Galal Dowidar wrote that Egypt’s regional and international position and its success in restoring security and stability were behind Al-Sisi’s invitation to the MSC.

Dowidar argued that Al-Sisi’s participation in the global forum emphasised that the world acknowledges Egypt’s role in maintaining security in the world.

Karim Abdel Salam of Al-Youm Al-Sabea wrote that Egypt’s vision for combating terrorism and chaos and establishing a national state has eventually found who listens, especially in Europe. Abdel Salam added that many European countries become less confident in the American plans to restructure and divide the region.

Meanwhile, Emad El Din Adeeb in Al-Watan newspaper, pinned that major challenges are awaiting for Al-Sisi, both inside and outside Egypt. Adeeb opinionated that the president bears Egyptian, Arab, European, and African responsibilities in 2019.

Adeeb referred to the Sharm El Sheikh Summit in which Al-Sisi will play the role of “political maestro” in a troubled world full of complicated conflicts, such as Syria, Yemen, and Palestine, as well as other issues including illegal migration and the downturn in trade between Arab and European countries.