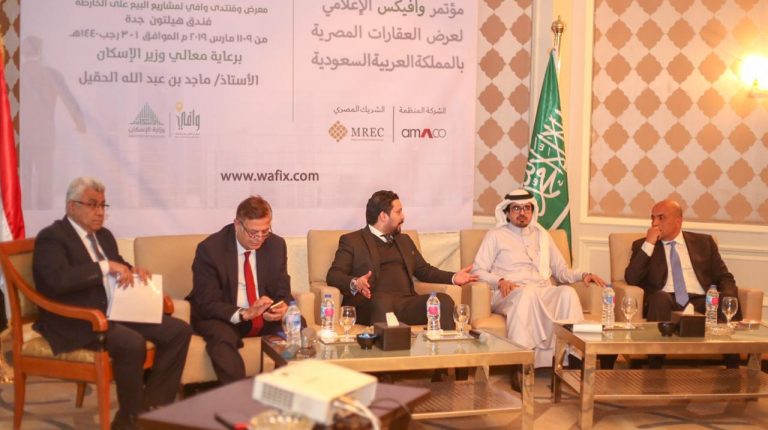 MREC for Integrated Real Estate Services and Saudi Amaco has signed a strategic agreement to promote and organise conferences and exhibitions.

The agreement stipulated promoting WAFIEX 2019 exhibition for selling off-plan real estate projects, which will kick off in Saudi Arabia from 9 to 11 March.

WAFIEX will be held under the patronage of the Saudi Ministry of Housing in the presence of Saudi Minister of Housing, Majed bin Abdullah Al- Huqail.

A large number of Saudi, Egyptian, Emirati, and European companies will showcase their projects in WAFIEX 2019.

Saad Al Qahtani, Business Development Adviser for Amaco Group, which organises WAFIEX conferences and exhibitions, said that the company has launched the first edition of WAFIEX in March 2018, stressing the group’s keenness to promote the Wafi programme concept (off-plan sales or rent).

Al Qahtani pointed out that this year will see the launch of a larger edition of the exhibition to be held on a total area of ​​1,800 sqm, allocating a maximum 30-sqm pavilion for every company.

He disclosed that TV ads target more than 3 million people in many areas in the Saudi Kingdom, including Jeddah and its suburbs, Ta’if, Medina, and Rabigh.

Mahmoud Abdel Halim, chairperson of MREC, said that the company has succeeded in acquiring 25% of WAFIEX 2019 to create an exhibition space for Egyptian companies willing to participate in the event after six years of Egyptian companies’ absence from the Saudi real estate market.

Abdel Halim noted that his company has conducted market studies on the demand for Egyptian real estate by Saudi people which showed Saudis’ great interest to buy units in the Sixth of October City and the Red Sea cities. Besides, Egyptian expatriates in Saudi Arabia also tend to purchase units in East Cairo cities, such as the Fifth Settlement, the New Administrative Capital, and Mostakbal City.

He disclosed that Amaco Group succeeded in concluding an agreement with the United Bank of Egypt to organise the exhibition to provide mortgage financing for Saudis wishing to acquire units in the Egyptian market, especially for immediate delivery units, in addition to providing mortgage finance to Egyptian expatriates with fund for 15 years.

ERA-Egypt aims for EGP 1.5bn in sales in developers’ commercial projects for 2019

Business and migration to shape Merkel‘s trip to West Africa