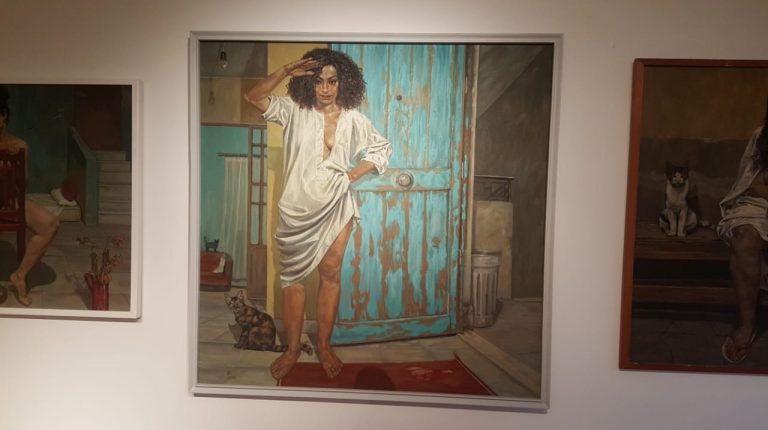 “This is an exhibition about us, and the people surrounding us. There’s no way people would walk into this room without finding themselves, or at least someone they know and can get to know in it,” with these words, veteran controversial artist Waleed Ebeid welcomes his guests into his latest exhibition, People You May Know. 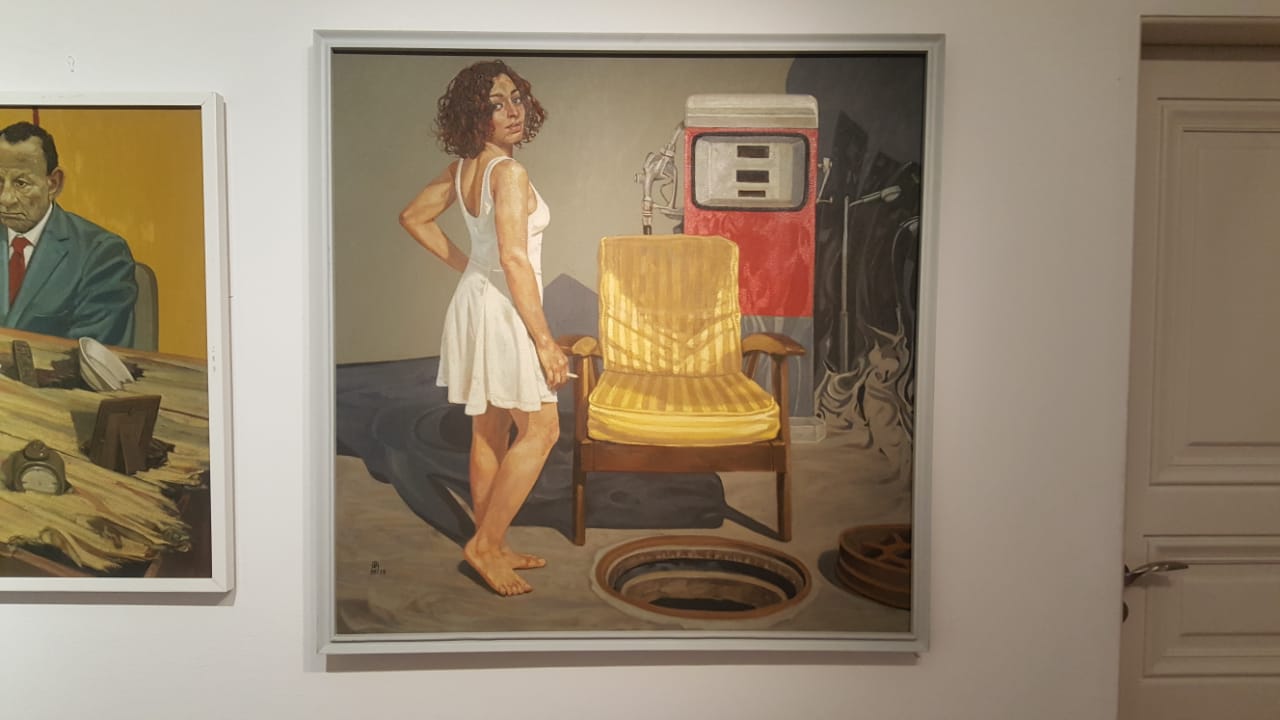 At Zamalek’s Art Talks Gallery, Ebeid’s portraits do more than just talk: they scream loudly the silent voice depicted in every scene he captured with his brushes and colours. From naked women with daring bedazzled gazes, to fierce looks of rebellious women. The exhibition takes people behind closed doors, revealing humans’ unrevealed emotions in relationships.

“Reflecting relationships and humans feelings in a dramatic form has been my school for a long time. I believe it is the core of art, and they way we connect to our surrounding society,” Ebeid told Daily News Egypt.

Through his 27 showcased portraits, Ebeid mostly featured the complication of the way women are viewed in Egyptian society.

In what many believe to be a daring, sometimes shocking way; nudity took a large space in Ebeid’s latest exhibitions, yet all in a sentimental, heart-touching way.

At the entrance of the hall, visitors are welcomed with the large portrait titled, Pimp, in which a women are featured seated desperately, with agonised gazes looking toward the ground, while a featureless alleged decent man is seated next to her on a couch in what seems to be a bathroom.

From Ebeid’s point of view, relationships do not appear in the same context they are in real life. He explained that such a painting does not necessarily mean the woman is a prostitute, nonetheless, she is a women under the control of a male. 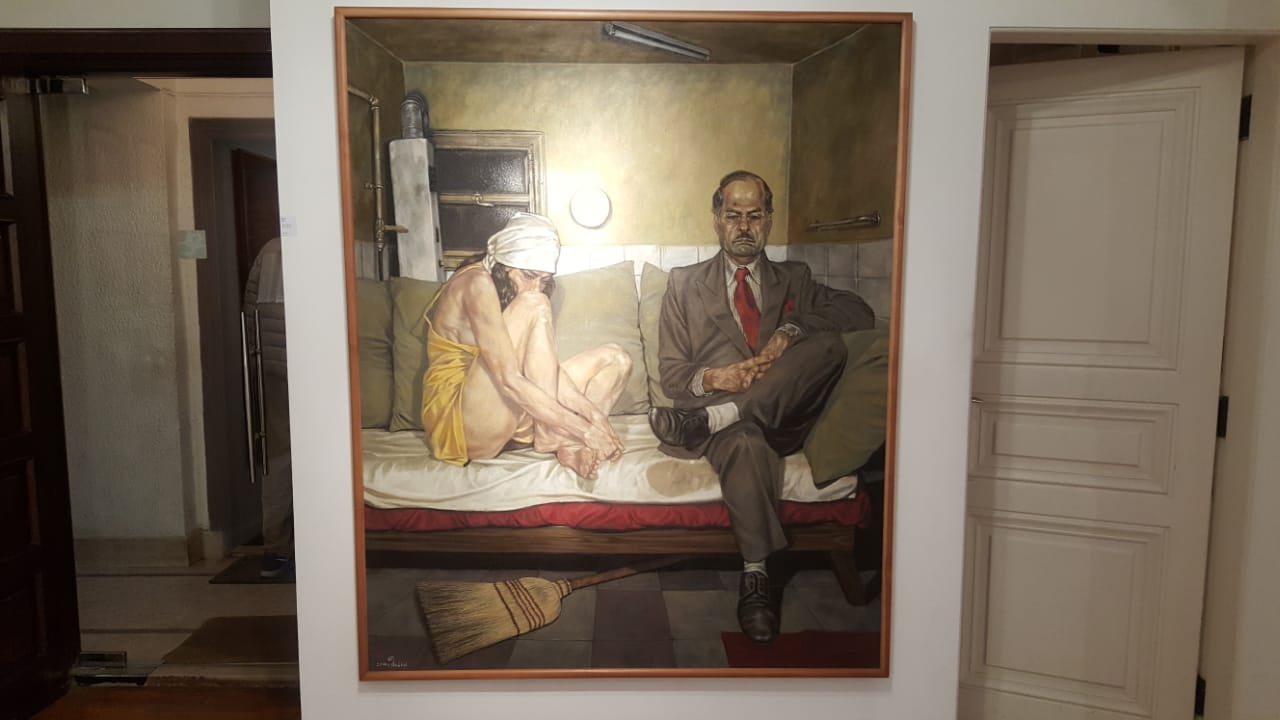 “No matter how desperate a woman is showcased in any of my paintings, I make sure she does not seem a victim of her circumstances, she is always strong, even if she is broken,” he pointed out.

One of the closest portrait’s to Ebeid’s heart is Fake Love, in which he features a couple sleeping in one bed, yet each is looking at his cell phone, with a cracked wall behind them. The portrait features a normal scene of many people’s lives, presents the distorted relationships people have been living for a long time.

The virtual life people have on social media which “distorted the intimacy of the true emotions they have in real life” was the trigger that led Ebeid toward drawing this painting.

“This is the life of most couples nowadays. It’s like the intimacy escaped their daily routine when virtual life invaded. Hence, women are also the most affected partner. As seen in the portrait, the man stares aimlessly, the woman looks with pain in her eyes,” he added.

Reflecting the reality of marriage could not have been completed without digging deep into the begining of it.

Through The Highest Price Portrait, Ebeid captured a beautiful young woman being offered to a man, seducing him into paying the highest possible price to win her.

“This is the reality of marriage nowadays and no one can deny that. It’s all about whether the groom can pay more or not, regardless of his social background, personal beliefs or life goals. Marriage is a process of objectifying women in Egypt, to tolerate the life she’ll have afterwards,” he concluded.