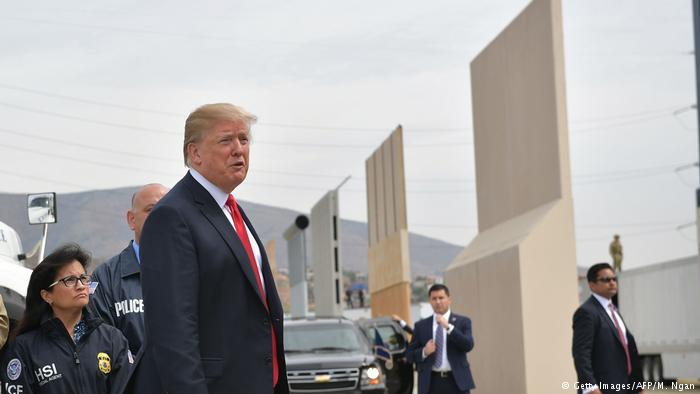 The Governor of California, Gavin Newsom, and the Attorney General, Xavier Becerra, leading a 16-state coalition, filed a lawsuit on Monday in the US District Court for the Northern District of California, challenging President Trump’s declaration of a national emergency.

Trump declared the national emergency on 15 February, in order to secure funding for a border wall on the country’s southern border with Mexico, after he failed to convince the US Congress to approve the money through a budget bill.

The lawsuit described Trump’s bill as an “attempt to divert funding appropriated by Congress for other purposes.”

In the complaint, the coalition alleges that the Trump administration’s emergency declaration and diversion of funds is unconstitutional and unlawful. The states said that they seek to block the Trump administration’s emergency declaration, as well as the “unauthorised construction of the border wall, and any illegal diversion of the congressionally-appropriated funds.”

“President Trump is manufacturing a crisis and declaring a made-up ‘national emergency’ in order to seize power and undermine the Constitution,” said Newsom in a press statement.

“This ’emergency’ is a national disgrace. Rather than focusing on fighting the real vulnerabilities facing the Americans, the president is using the powers of the US highest office to fan the flames of nativism and xenophobia,” he said adding that “our message to the White House is clear: California will not be part of this political theatre. We will see you in court.”

On the other hand, Becerra said that “President Trump treats the rule of law with utter contempt. He knows there is no border crisis, he knows his emergency declaration is unwarranted, and he admits that he will likely lose this case in court. He is willing to manipulate the office of the presidency to engage in an unconstitutional theatre performed to convince his audience that he is committed to his ‘beautiful’ border wall.”

“Today, on Presidents Day, we take President Trump to court to block his misuse of presidential power. We are suing President Trump to stop him from unilaterally robbing taxpayers’ funds lawfully set aside by the Congress for the people of our states. For most of us, the office of the presidency is not a place for theatre,” he added.

President Trump’s hyped crisis is a pretext to justify redirecting congressionally-appropriated funds to pay for building a border wall along the southern border after he failed to get the Congress — or Mexico — to pay for it, the complaint said.

California is leading the suit and the procedure was filed in one of its federal courts.

“After the government reopened, Congress approved, and the president signed into a bill [approving] $1.375bn (€1.217bn) appropriation for fencing along the southern border, but the Congress made it clear that funding could not be used to build President Trump’s proposed border wall,” the statement added.

The plaintiffs argued that there is no credible evidence to suggest that a border wall would decrease crime rates. Trump’s rhetoric is contradictory to the number of documented unlawful southern border entries, which are at their lowest point in 20 years. The statement argued that immigrants are less likely than native-born citizens to commit crimes, and illegal drugs are more likely to come through official ports of entry.