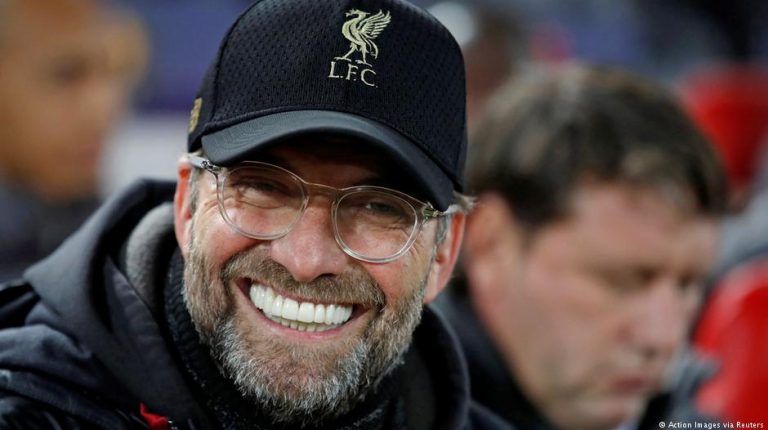 The last time Jürgen Klopp faced Bayern Munich in the Champions League, he lost in the final. Now, with Liverpool, he hosts the German champions and some of his best-loved former players as the favorite to progress.He was the last man to wrestle the Bundesliga from Bayern Munich's grasp but having seen the Bavarians regain their crown, steal some of his best players and beat his Borussia Dortmund side in the 2013 Champions League final, Jürgen Klopp could be forgiven for harboring some resentment. Not just a bit of it.

"It's nothing, not a little bit personal," the Liverpool coach said at his press conference on Monday. "There were never any negative things with Bayern but when we played them or when they bought our players how could I be happy and say 'Great, good idea I'll bring him in my car'.

"That was not nice for us at Dortmund but it's part of the business. In these moments I was not happy, but it is long ago."

Two of Klopp's key men from his days at Signal Iduna Park are likely to line up against his current side on Tuesday night and the 51-year-old was also keen to play up the importance of Robert Lewandowski and Mats Hummels in getting him to the position he now holds.

"I worked together with these boys. Two fantastic players. I have to be really thankful. Without them probably my career would not be the same," he said, in response to a question from DW.

"We all benefited from each other. That's part of my life and part of my history. We’ll always have a lot of respect for each other. I know a lot about them. I really like them. We will try everything to… what can I say? To let them not shine."

Stopping Lewandowski from dazzling is likely to be key to Liverpool's hopes. The Polish striker has eight goals in six games in Europe this term and with Virgil van Dijk suspended and Dejan Lovren doubtful with a hamstring injury, midfielder Fabinho may be tasked with keeping Klopp's former hitman quiet in an unfamiliar center back role.

"He released that striker's instinct in me and that allowed me to make the next step up," Lewandowksi said of his boss ahead of the first leg at Anfield. "I didn't know that I still had so much potential, more than I thought, and that means he saw something in me that I couldn't see."

Bayern coach Niko Kovac is the latest man to benefit from the work Klopp did with Lewandowski and others but the Croatian coach knows that his men will have to be at something close to their best, reacting to Klopp's assertion that Liverpool would have to be at 140 percent by upping the ante still further.

"Liverpool are a top side, but so are we," Kovac said in his press conference. "They will also have respect for us. The aim is of course to progress. If Liverpool give 140 percent, then we need 150 percent. It will be a real battle."

Kovac added that Franck Ribery had barely slept after his wife gave birth on Sunday night, a bout of gastroenteritis will rule out Jerome Boateng and that Kingsley Coman is getting "better by the hour". The same applies to Liverpool's former Bayern man Xherdan Shaqiri, according to Klopp.

The Swiss international has said that, should he recover in time, he'd be "very happy" to play against a club where he had an "amazing" two-and-a-half years. Klopp hopes Shaqiri isn't the only one charged with emotion come Tuesday night, when Bayern will play in Liverpool for the first time since 1981.

"In Germany a lot of people talk now about the atmosphere at Anfield. There was a lot of talk that we are maybe the most emotional club in world football," he said. "Emotion in my opinion is a very positive thing, so let's show that tomorrow night."

Even if Klopp insists that revenge isn't on his mind, getting one over Bayern and Kovac certainly is. He'll be hoping for more positive feelings this time round.