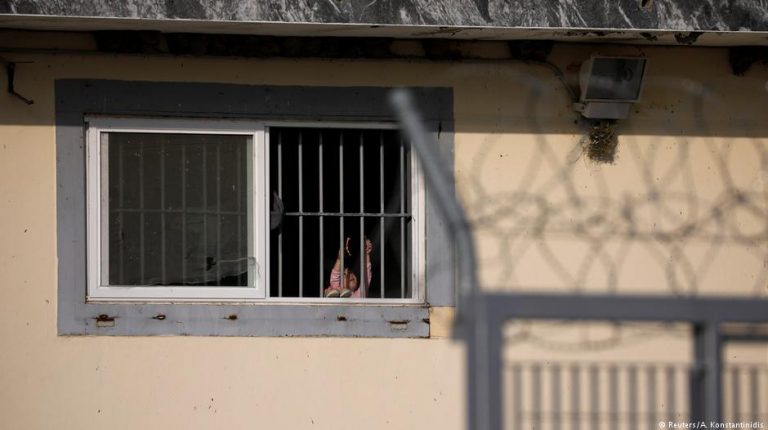 Horrific sanitary conditions, lack of food, and police beatings: just some of the conditions migrants in Greek camps are subjected to, according to a new report. The situation for children is particularly precarious.The Council of Europe's Committee for the Prevention of Torture (CPT) raised concerns Tuesday over the "inhuman and degrading" conditions in Greece's refugee camps.

The committee's report said the situation was particularly alarming at the Fylakio camp near the Turkish border — one of the "hot spots" set up with backing from the EU to speed up refugee processing.

What the report said:

There was a lack of doctors, medicines, food and drinking water in several camps along Turkey's land border, in Athens, and on the Aegean islands.
In the northeastern town of Fylakio, up to 95 migrants were being housed in a single room.
People were detained for extended periods of time in inadequate and "dirty" conditions at border patrol stations such as Isaacio and Tychero.
Many migrants were suffering from scabies because of the poor state of washing facilities, clogged toilets and dirty mattresses and blankets.
Refugees at several camps, including Moria on the island of Lesbos, reported suffering abuse and beatings at the hands of police.
Hundreds of unaccompanied minors were being housed with single men and at risk of sexual violence.

Rejection from Athens: The Greek government said in a statement that it had not found evidence to back up allegations of police violence against refugees. It also stressed that the poor conditions in the camps had been compounded by an increase in migrants coming over the Turkish border in early 2018 — around the time the CPT's experts carried out their inspection.

Greece under pressure: Under current EU rules, asylum claims must be processed by the country where migrants and refugees first land. That has placed a huge burden on Greece — a main entry point for asylum seekers hoping to stay in Europe. Although the number of new arrivals has dropped off since the peak of the refugee crisis in 2015-16, groups of migrants are still arriving daily in Greece, where reception centers and camps are already overflowing. Human rights groups have repeatedly criticized the state of living conditions in the facilities. The EU has set aside almost €510 million ($576 million) help Athens accommodate refugees until 2020.

Anti-torture watchdog: The Council of Europe's CPT is tasked with monitoring compliance with the European Anti-Torture Convention. Members of the committee's panel include doctors, law enforcement experts and psychologists. The delegation has been visiting refugee camps in Greece since 2005.

DW editors send out a selection of the day's hard news and quality feature journalism. You can sign up to receive it here.