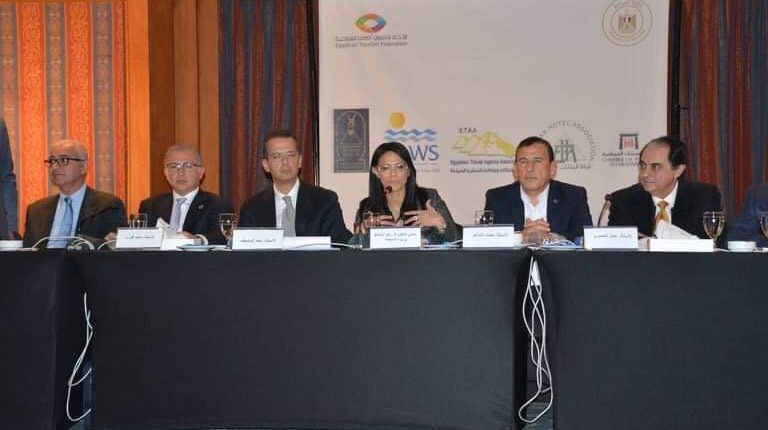 The Minister of Tourism, Rania Al-Mashat, stated that the Egyptian Tourism Federation’s (ETF) elections is the first step in the legislative reform.

She added that the elections’ file was topping the ministry’s priorities during the last period, noting that she has confirmed more than once that after the execution of the ETF’s and the five tourist chambers elections, the first pillar of the legislative reform programme would be achieved. The elections would mark the sector’s first time in more than three years, to elect councils which represent it and express its demands.

Al-Mashat’s remarks came on Monday night during the first press conference to be held with the federation after the elections, declaring the joint work plan during the coming period.

During the conference, the minister reviewed the five axes of the structural reform programme for the development of the tourism sector, which was launched by the ministry last November.

In that context, the minister stated to Daily News Egypt that the structural reform programme includes different pillars, such as institutional reforms, legislative reforms, promotion and marketing activities, infrastructural and tourism development, as well as the global trends programme.

During the conference, she stressed the role of the ETF and its chambers in achieving the axes of this programme, especially with regard to the legislative reforms necessary for the laws and regulations governing the tourism sector, which were issued more than forty years ago without any change.

Furthermore, the minister also pointed to the continuous coordination and cooperation between the ministry and the committee of tourism and civil aviation in the Egyptian House of Representatives to promote this vital sector.

Al-Mashat concluded that the ministry seeks to make use of the recent growth in tourism through solving the problems facing this vital field, and improving the skills of tourism staff.

For his part, Ahmed Al-Waseef, the newly elected ETF president stated that the federation is currently working on restructuring its departments, praising the role of the minister of tourism in holding the elections of the federation and its five chambers, which was the first demand of the tourism sector.